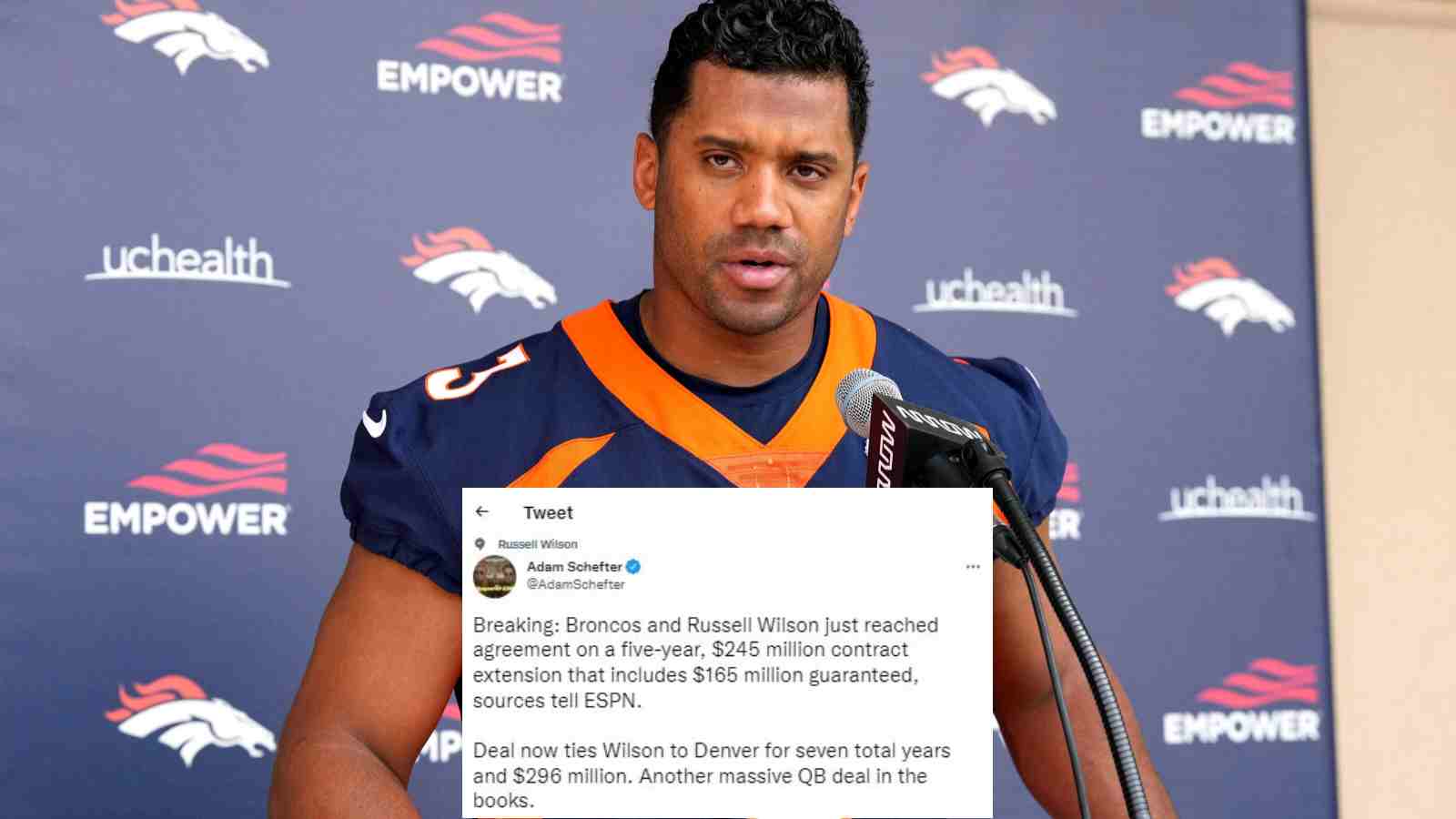 Russell Wilson and Denver Broncos agree to a massive extension.

Massive Quarterback extensions have been the story of this NFL offseason and today another one was added to the books. In a huge development that was expected ever since the Denver Broncos paid a colossal price to bring in SuperBowl-winning Quarterback Russell Wilson to the Mile High City, Wilson and the Broncos came to terms on a contract extension.

The extension per ESPN’s Adam Schefter is a five-year deal worth $245 million that includes $165 million guaranteed. When added to the two years from the precious deal that Wilson had signed with the Seahawks, both Wilson and Broncos are tied together for the next seven years for a whopping $296 million. Wilson per the contract will now be a Bronco through the 2028 season.

Russell Wilson becomes the second-highest-paid quarterback in the NFL

Russell Wilson’s new contract will earn him around $42 million per year in guaranteed money and if all incentives are met every year around $49 million per year which is something kinda expected after top-notch QBs like Green Bay Packers Aaron Rodgers, Arizona Cardinals Kyler Murray, and Cleveland Browns Deshaun Watson, signed contract extensions all of which averaged out to the higher side of $40 million a season. The $49 million per year average makes Wilson the 2nd highest paid Quarterback in the league after Rodgers.

Wilson who’s now 33 years old is now under contract till his 40th birthday during which the Broncos hope that the 9-time Pro Bowler will lead them back to their glory days and possibly win a Lombardi or two.

After this extension, there is still one superstar Quarterback in the market who hasn’t signed an extension and is still negotiating a deal who might have gained some leverage in his negotiations with the massive deal that Wilson has signed and that is Baltimore Ravens’ dual threat Quarterback Lamar Jackson. Twitter speculated about Lamar’s situation too-

This deal has made Russell Wilson the highest-paid Broncos player in history and that’s before ever starting a game for the Broncos in an official game. Expectations are sky-high for Wilson and the Broncos.