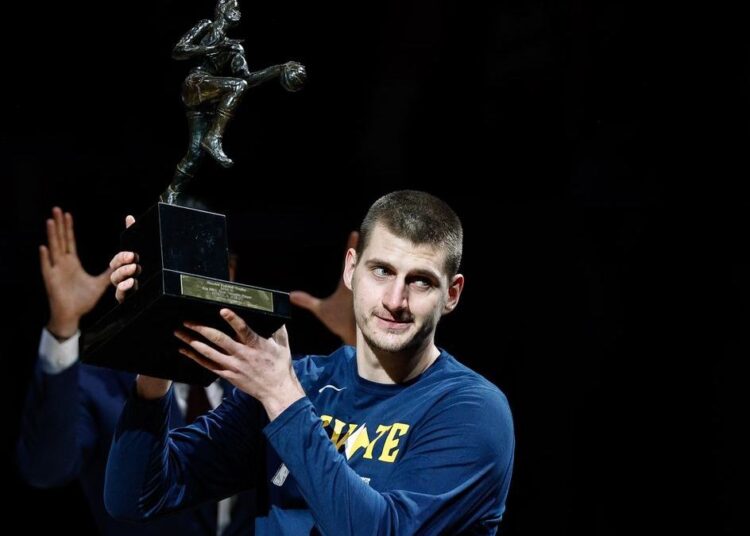 Nikola Jokic is back in the race for Kia MVP in the 2022–23 season. If Jokic wins the MVP this season, he would be able to join the elite club of players making three-peat for MVP. The Denver Nuggets superstar has won back-to-back MVPs in the last two seasons. Bill Russell (1960–63), Wilt Chamberlin (1965–68), and Larry Bird (1983–86) are the only three players in NBA history to have completed the three-peat.

The Nuggets’ big man is considered one of the passers among the big men in NBA history if not the greatest. At this early stage of his career, Jokic has an exceptional ability to read and execute games on the offensive end of the court. Despite his unconventional style of play, the reigning MVP is an unstoppable force in the NBA.

From the time the MVP award was introduced in the league in the 1955-56 season, the right to vote for the MVP candidates was only given to the players; till the 1979-80 season. So only Larry Bird is the only player to win three consecutive MVP awards in the media voting era.

Before facing the Phoenix Suns on Christmas Day game, the Denver Nuggets are the top team in the Western Conference with a 21-11 record. Moreover, the on/off efficiency differential gives Jokic even more chance to make a strong case. What was unexpected was that with Joker on the floor Nuggets are a good defensive team, but without him are among the worst.

The Nuggets are scoring 124 points per 100 possessions, which is the equivalent of the greatest offense in NBA history (by a five-point margin), with the big man on the court. If this is not enough to understand his impact, the scoring figure falls to 102.1 points with an equivalent number of possessions when Jokic is not on the court.

Nikola Jokic has a strong case for being the MVP this season, but quite certainly not the strongest against Jayson Tatum and Giannis Antetokounmpo. However, more than half of the regular season is yet to be played, so he has enough games to make his case stronger. Moreover, statistically, the two-time MVP has an excellent impact on the Nuggets’ offense.

Also Read: “He’s truly unbelievable, one of a kind!” – 2x reigning MVP Nikola Jokic labeled as the best-passer by Fans.