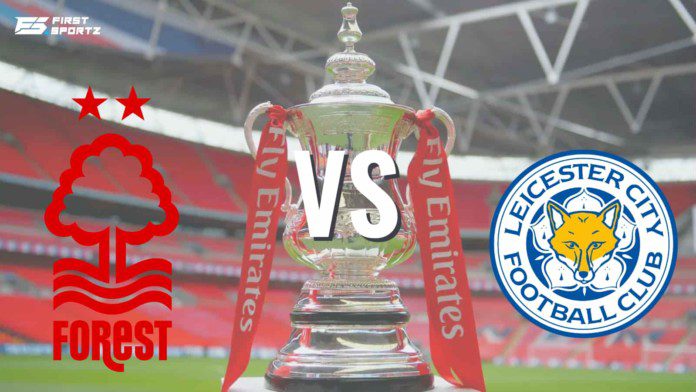 It was a marvelous performance by Steve Cooper’s team tonight as they scored 4 times past Leicester to win 4-1. Two back-to-back goals early in the 1st half saw Nottingham take a 2-0 lead. 8 minutes later they were able to take the lead up to 3 goals. However, in the 40th minute, Leicester was able to pull one back.

Let’s take a look at the player ratings for Nottingham Forest vs Leicester City match:-

Brice Samba (6.5/10): The goalkeeper pulled off some good saves tonight and did not put a foot wrong apart from a mistake that led to a goal by Leicester.

Steve Cook (6.5/10): The defender had a pretty decent night in the heart of the defense making some good blocks and stops.

Joe Worrall (7/10): The center-back had an excellent performance tonight not only defensively but on the offensive front as well as he scored the 3rd goal for the home side with a brilliant header.

James Garner (7/10): The midfielder was really good on the ball today and had a commanding performance in the midfield. He assisted the 3rd goal for Nottingham.

Ryan Yates (6.5/10): The midfielder had a good performance tonight as he made some excellent passes and controlled the tempo of the match.

Philip Zinckernagel (7.8/10): The winger had a brilliant performance tonight as he was good both on and off the ball. He scored the 1st and assisted the 4th goal for Nottingham.

Max Lowe (6.4/10): The left wing-back had a decent performance tonight as he carried the ball well and also was active defensively.

Djed Spence (7.5/10): The right wing-back had a magnificent performance tonight as he always looked dangerous whenever he was on the ball. He scored the 4th goal for the home side.

Keinan Davis (6.8/10): The striker did put a really good shift in the front receiving balls and holding onto it. He also assisted the 1st goal for Nottingham with a headed pass.

Brennan Johnson (7.3/10): The attacking midfielder played a really good part in tonight’s game as he was able to carry the ball well and also scored the 2nd goal for the home side from a difficult angle.

Sam Surridge (4.5/10): He did not see much of the ball after coming on as a sub, but whenever he was on the ball, he looked to always create something and was energetic.

Danny Ward (3.8/10): The goalkeeper had an awful performance tonight in front of the nets as he was scored passed 4 times by the home side.

Caglar Söyüncü (4/10): The Turkish center-back although influential in this season, had a bland performance tonight as he failed to defend well tonight.

Luke Thomas (4.3/10): The young left-back could not do much in the match apart from some passes and some runs with the ball.

James Justin (4.4/10): Similar to his partner on the left side, the right-back today had a very ordinary performance tonight.

James Maddison (6.3/10): The ever-so-elegant midfielder had a poorer performance tonight than his regular performances, but still was able to pull off some good passes and assisted the only goal for Leicester.

Youri Tielemans (4.2/10): The Belgian did not have a satisfactory performance at all today. Though he made some passes, he lost the ball quite a lot.

Wilfred Ndidi (5/10): The Nigerian defensive midfielder did not have a very comfortable night.  However, he was able to pull off some good passes and tried to control the tempo.

Kelechi Iheanacho (6.5/10): The forward was on target tonight as he scored the only goal for Leicester. Apart from this, he could only manage a few good passes and made some runs.

Harvey Barnes (5/10): The winger also did not have a particularly satisfactory performance tonight. He could only manage to run with the ball a few times and make some passes.

Ademola Lookman (5/10): Much like the whole team, he also could not put up a good performance tonight. He did have a few shots a the goal but they were all off-target.

Patson Daka (4/10): He was not very much effective coming on as a sub at the start of the 2nd half. He could only manage a few passes and runs.

Ricardo Pereira (3.5/10): He could not do much tonight apart from some passes. He was practically ineffective.

Kiernan Dewsbury-Hall (4/10): Though he saw the ball more than the other subs and tried to make something happen, he could not do much of anything.