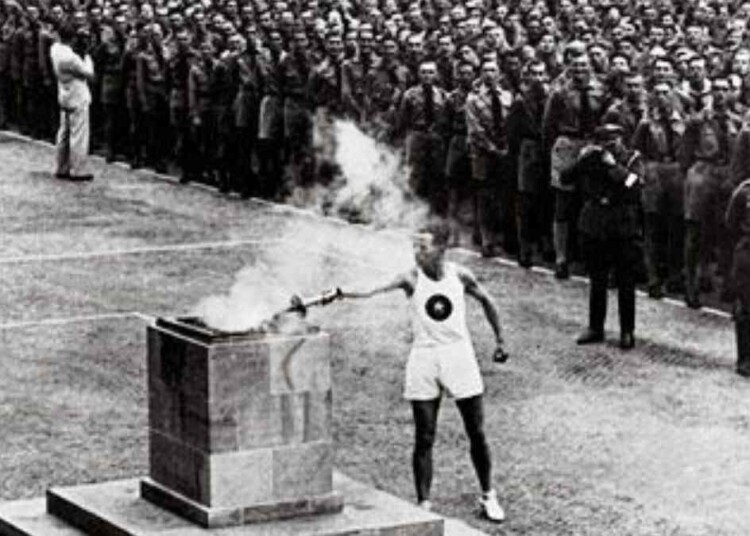 The rule of the Nazi Reich and the World War II was one of the most darkest phase of the 20th century. As Adolf Hitler ascended to the highest seat of power in Germany, he along with his Nazi Party wrecked terror across the European continent and beyond. Many might know that Hitler was also particularly concerned about the reputation of his country internationally and would take all measures to uphold the same. This was one of the first cases of sportswashing as Germany grandly hosted the Olympics in 1936.

Here are some of the most talented and popular Olympic athletes from Europe who found their unfortunate death in the hands of the Nazi regime.

Olympic athletes who died during the holocaust

Back in Europe during the early 20th century, anti-semitism was at its rise. It was not that anti-semitism took a sudden hike during Hitler’s regime, it was omnipresent throughout the continent. From Otto Von Bismarck of the Second Reich German Empire to the Austro-Hungarians, everyone promoted an anti-Jewish agenda to some extent.

Athleticism proved to be a point of not just pride but also escape for the Jews in Europe. The main intention through athletics was to overt the rampant anti-Semitism in the continent. Thus, the Jewish became synonymous with athletics during the 1920s and constituted a large part of Olympic teams, including that of Netherlands. Jewish women such as Judikje ‘Jud’ Simons from Netherlands were synonymous with gymnastics.

Following the World War I, Europe imagined peace and tranquility. However the Treay of Versailles had angered many, especially the nationalists. The Germans particularly viewed the Jews for the reason for their suffering and defeat in the first World War. Come Adolf Hitler of the Nazi Party in 1933, and everything takes a swift turn for ‘national interest’.

In one of his famous speeches at Nuremberg, Hitler had briefly hinted to the German public about a ‘Jewish Solution’. This solution would mean ostracization and extermination of Jewish people from all fields, including athletics and sports. And this solution was not just meant for Germany, but all the territories occupied by the Third Reich during their expansionism in Europe.

The question of sports and athletics falling victim to the Reich’s anti-Semitism always received scant attention in historical and public discourse. Agnes Grunwald-Spier’s 2016 book ‘Who Betrayed the Jews’ detailed the lives and persecution of around 30 Jewish Olympians during the Holocaust.

Here are some of the Jewish athletes who unfortunately met a fatal end in the hand of the Nazi regime.

Bronislaw Czech was one of the top Olympic skiers from Poland who represented his country thrice in the Olympic Games. He also ran one of the best downhill skiing schools in Poland. However, this top athlete was also victim to the Nazi regime’s terror when they occupied Poland in 1938.

He was arrested, aged 32 and was amongst the first prisoners from Poland to be sent to Auschwitz. He had even proposed to train the German Olympic athletes skiing in exchange for his freedom. However, the Reich refused his proposal. He died on 5 June, 1944 in Auschwitz concentration camp. To honor his legacy, there are several schools and streets named after him in Poland.

Victor ‘Young’ Perez was a Tunisian born French boxing athlete. He was the youngest flyweight champion in boxing in 1931, whilst having won numerous French championships by that time. However, all of his fame and achievements were futile against the Nazi regime who captured and sent him to Auschwitz in 1943.

Judikje ‘Jud’ Simons was synonymous with the sport of gymnastics back in the 1920s. She was a part of the Dutch women’s gymnastics team and helped win the Netherlands a gold medal in the 1928 Olympics. Following this, she started running an orphanage along with her husband in Utrecht.

When Nazi Germany occupied Netherlands, her family was given a chance to escape deportation. However, she chose not to abandon the orphans that she and her husband were taking care of. On March 3, 1943, Jud Simons’ family along with the children at the orphanage died their fatal deaths by being gassed at Sobibor.

Lilly Henoch was a German athlete and was one of the top talents from her country during her time. She rose to fame and prominence in her country with the Berlin Sports Club in the 1920s. She was one of the bests in her country for hockey, handball, and long jumping, often being called upon for captaining several sports teams. Germany was banned from participating in the 1924 Olympics. However, if they did, Henoch alone could have gathered several Olympic medals herself.

The first phase of discrimination towards Henoch came when she was illegally dismissed from the Berlin Sports Club in 1933. Just a few weeks before Hitler came to power, she was named the chair of the club’s women’s section.

The Nazi terror regime’s impact on sports and athletics can never be forgotten by the world too soon. While there are violence against ethnic groups on the rise, sports still comes as a rescue for many to escape persecution and reinvent themselves against the discriminative society. Today, Olympics stands testimonial to all the persecution, racism, discrimination and prejudice seen throughout the course of past two centuries and strives to eliminate such elements from the society through sports.

Related – “I was the only person happy to not qualify,” Serena Williams fondly remembers her success at Sydney Olympics