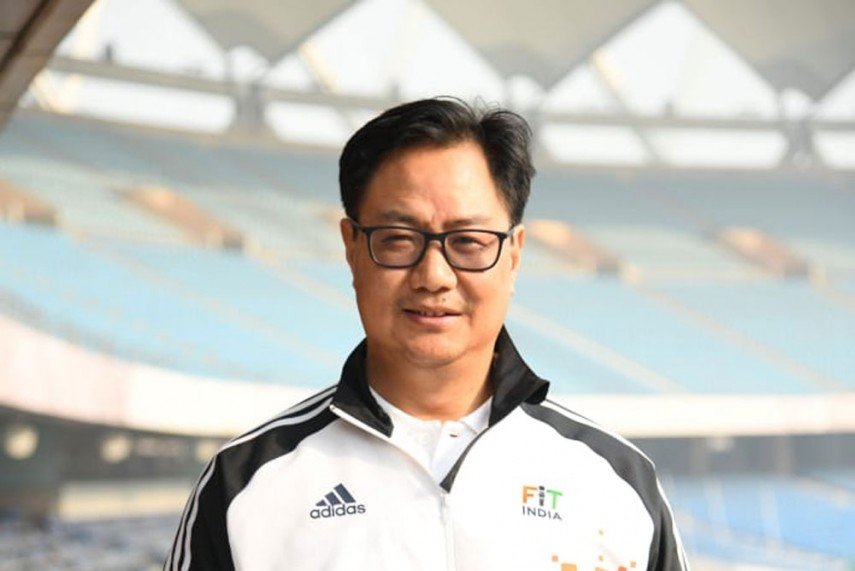 Organized by Football Delhi, Union Minister of Youth Affairs and Sports was addressing the inaugural session of an e-submit on football. Praful Patel AIFF president, Shaji Prabhakaran, Football Delhi, and Dato Windsor John Asian Football Confederation General Secretary were also among the participants in the discussion.

The Sports Minister in that session said that he will be ‘setting up zonal-level scouting committees to identify U-12 sporting talent from all across the country’.

Sunil Chhetri, Indian Football captain who was one of the speakers of the discussion and also the ‘birthday boy’, hailed the Sports Minister for his talent Scouting plan and mentioned that its the “biggest birthday gift”.

Rijiju said, “I plan to form zonal-level scouting Committee for under Sport’s Authority of India’s, Khelo India scheme which would cover every part of India to identify talent from U-12 and below. The plan would be implemented in close cooperation with AIFF and we must focus on how we can further strengthen Grassroots football by organizing Golden Leagues across the country.”

“I feel honored to share my birthday as Delhi’s Football Day and hearing of Sports Minister plan’s to identify talent from all over the country is the biggest gift. There are no big clubs in Delhi, so it’s important for all skate holders to come together,” said Chhetri.

Praful Patel, speaking on how football as a sport has evolved in India said, “Indian Football has improved a lot over the past decade. However, we can get a lot better. Unless big countries like India and China do well, money for football won’t come. You need to professionalize football more.”