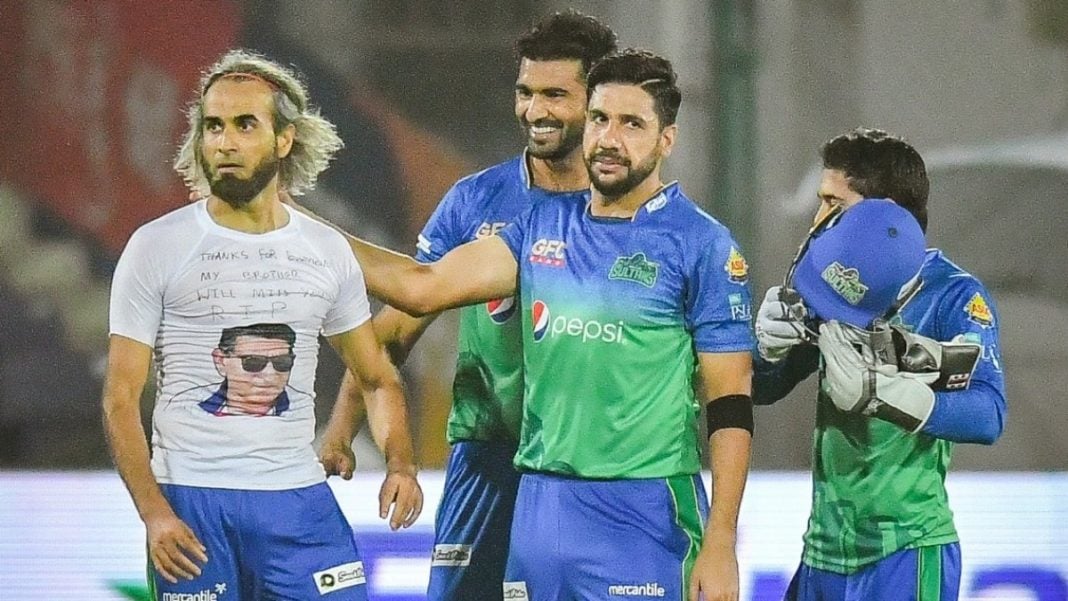 South African cricketer Imran Tahir paid a touching tribute to the late Tahir Mughal after picking up a wicket during the Pakistan Super League (PSL) match between Multan Sultans and Quetta Gladiators. The emotional moment is now going viral on social media with fans praising Imran Tahir for his gesture.

Tahir Mughal was a former Pakistani first-class cricketer and a veteran in the domestic circuit. He played in 112 matches and took 502 wickets at a scintillating average of 21.64. He was also a more than handy batsman as he scored 3202 runs for his side. Apart from the 112 first-class matches, he also played in 84 List A matches and 26 T20s. He was also a part of the PSL side Lahore Qalandars as a part of their talent hunt program.

Unfortunately, Mughal was diagnosed with Stage IV Gallbladder Cancer in December of last year. He passed away on the 10th of January.

In the PSL match between bottom of the table sides Quetta Gladiators and Multan Sultans, the latter’s Imran Tahir dismissed Saim Ayub in the 8th over of the innings by having him caught at deep mid-wicket. Soon after the wicket fell, Tahir went on his trademark celebratory run which has enthralled fans for years and has become one of the most iconic wicket celebrations in cricket history.

However, this time it was a bit different as Tahir took off his jersey to reveal a T-Shirt underneath that he was wearing. The T-Shirt had the words, “Thank you for being my brother. Will miss you. RIP.” along with a photo of Tahir Mughal. The touching tribute has led to emotional messages with appreciation for Imran Tahir coming in from around the world.