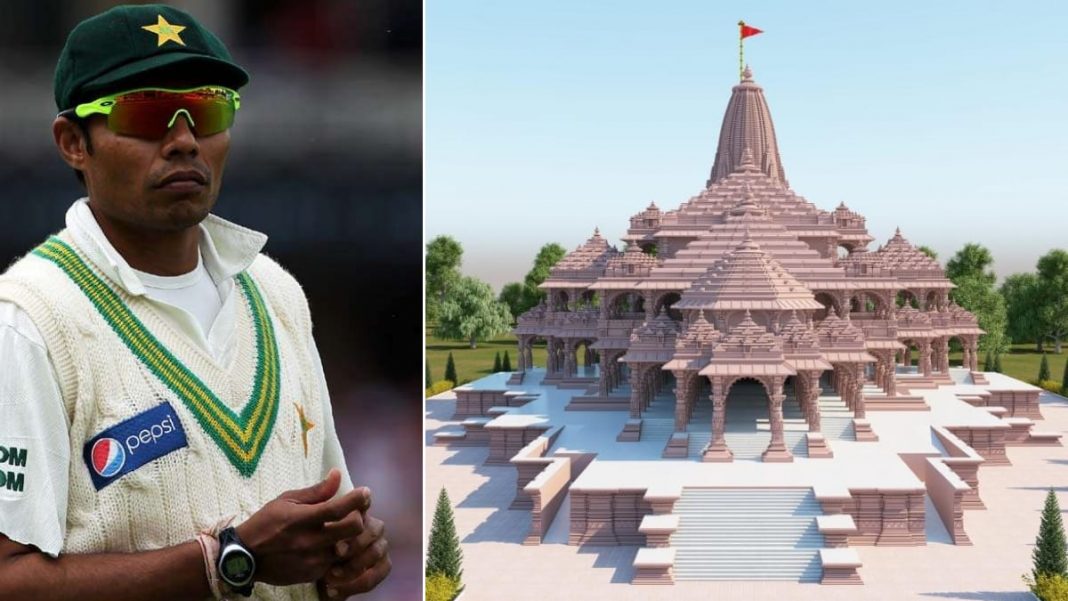 Indian PM, Narendra Modi along with the chief minister of Uttar Pradesh, Yogi Adityanath, and other dignitaries performed the Bhoomi Pujan for the Ram temple in Ayodhya. As he, (PM) laid the foundation stone for the construction of a temple dedicated to Lord Ram in  Ayodhya.

Modi in his speech after the ritual said that the Ram temple will be a ‘modern’ symbol of Indian culture and will inspire future generations.

Wishes poured in from across the world

Former Pakistani spinner Danish Kaneria, was one among many who expressed their gratitude by sending their messages on social media.

On Wednesday, the former cricketer stated via Twitter that the day was historic for all the Hindus across the world as “Lord Ram is our ideal”.

He also said that “the beauty of Lord Ram lies in his character and not in his name, he is a symbol of victory of good over evil.”

Earlier Kaneria had slammed teammate Shahid Afridi for his controversial remarks against India and PM Modi incidentally. The all-rounder should think before making any statement and what impact it has on Pakistan cricket, said Afridi after Kaneria slammed him.

Also Read He has some problems: Shahid Afridi takes a dig at Gautam Gambhir