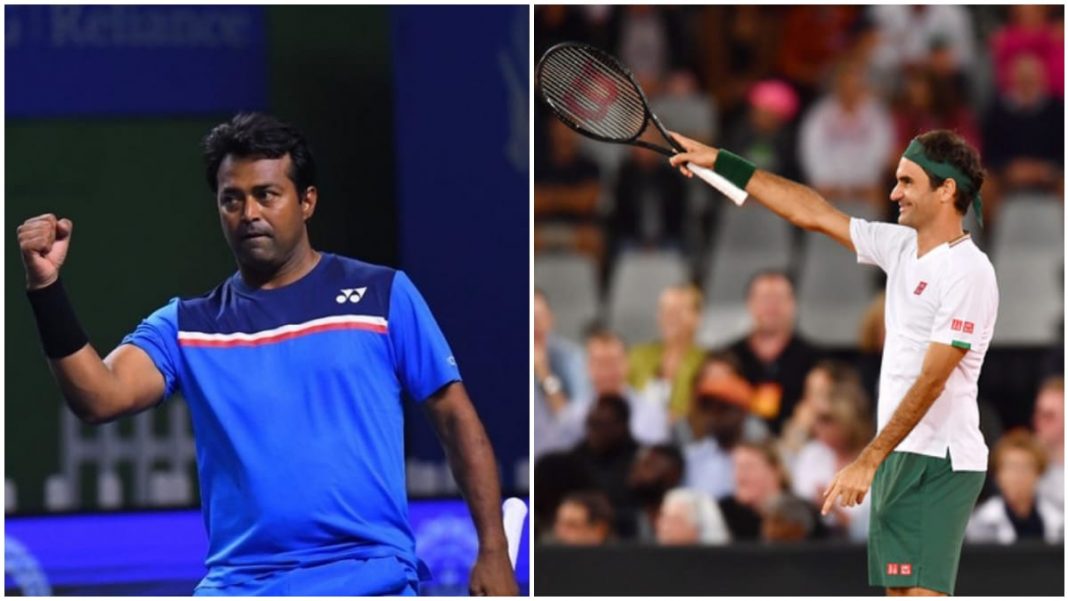 With his legendary skills, staggering achievements and picture-perfect public image, Roger Federer is widely considered to be one of the greatest tennis players of all time.

It crystal clear that both on and off court, he is ruling over millions of hearts, and has become a sort of flag-bearer for the sport. With such legend, it is common to see players on the tour expressing their desire of sharing the court with him.

And not just on the other side of the net but also boast of being on the same side as Roger Federer. And recently, an other legend has expressed his wish to play with the Swiss maestro.

Legendary doubles player Leander Paes, who has over 1200 doubles matches to his name, has never played alongside Federer, and wishes to play with him ASAP.

Recently on Twitter, in a Q&A session Leander Paes took on several questions from his fans – one of which asked if there would ever be a Paes-Federer doubles match.

Paes, has already disclosed that he would only be answering his favorite questions, chose to reply to this one.

Leander Paes on playing doubles with the legend Roger Federer

Both the legends have faced each other a few times but always on other side of the court.

It was in the second qualifying round of the 2000 Indian Wells Masters, when the duo faced each other in a singles match. Where the Atlanta Olympics bronze medalist won 5-7 6-1 6-4 and became the first Indian to defeat the great Roger Federer.

Ever since, the duo has seen each other multiple times but only in doubles. Encounters, which were split equally between Leander Paes and Roger Federer (and their respective partners), were at the Olympics (2004, 2008).

But sadly, the celebrated duo have never had the chance to play alongside one another. Replying to the question, “I have played against Roger a few times in singles and doubles. Would be fun to play with him on the same side of the net,” Paes said.

It still remains to be seen if the legendary duo, with 38 Grand Slams between them, will ever come together in the future for a doubles match.

Also Read: Federer would have won if he played like this: Stanford University researchers recreate 2019 Wimbledon Final