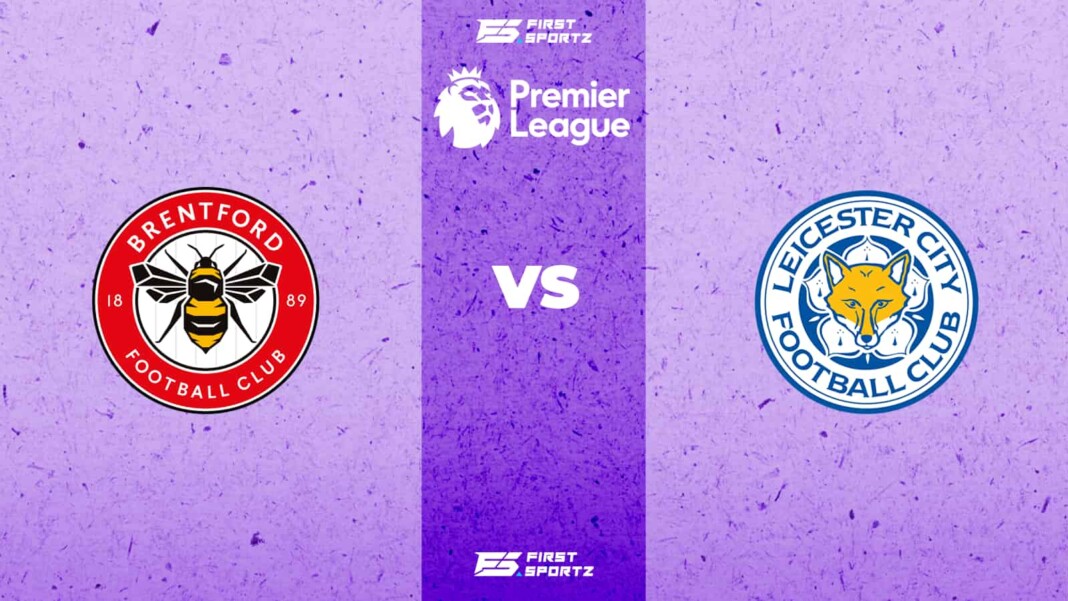 James Maddison claimed his first goal since February as Leicester City continued their recent good form with victory at Brentford.

Youri Tielemans had opened the scoring for the visitors early on with a stunning strike, driving an unstoppable first-time effort into the back of the net from outside the box.

Foxes keeper Kasper Schmeichel tipped over an Ivan Toney header just before half-time, but the hosts equalized on the hour when Mathias Jorgensen flicked home a header from a corner.

Brentford then pressed for a winner but were caught out by a quick Leicester attack in the 73rd minute.

Tielemans played a great ball to send substitute Patson Daka away and he squared for Maddison to fire home.

The victory meant Leicester, who beat Manchester United 4-2 last weekend, moved up to ninth in the Premier League while Brentford are 12th.

David Raya (6/10): The Spaniard didn’t stand a chance with Tielemans’ volley and wasn’t troubled as much as his opposite number.

Zanka (6/10): Given the nod over Kristoffer Ajer, the Dane looked comfortable against the Foxes. A superb header to get the Bees back into the game.

Pontus Jansson (6/10): Another top performance from the skipper, and he was very close to his first-ever goal for the Bees which would have given them the lead.

Ethan Pinnock (5/10): Did well but was replaced at half-time after being down earlier in the game.

Sergi Canos (6 /10): A firm performance from the Spaniard despite not being as threatening in recent weeks. Dealt with Castagne well.

Christian Norgaard (7/10): The Dane remains an intrinsic component in the Bees’ midfield and was unlucky not to get on the scoresheet. Got his hands dirty and put in some important challenges to set Brentford going on the attack.

Mathias Jensen (6/10): Compared to Norgaard and Onyeka, Jensen was too passive on the ball in possession. Redeemed himself for the corner which led to Zanka’s goal.

Rico Henry (6/10): Always got forward when possible and whipped in a number of crosses which led to Toney’s disallowed goal.

Bryan Mbeumo (6/10): The Frenchman’s luck in front of the goal doesn’t seem to be getting better, but he did his best to conjure up chances for himself and the team.

Ivan Toney (7/10): Did all the dirty work like he always does, but another frustrating afternoon for the striker. Ran for the cause but to little avail.

Kristoffer Ajer (6/10): The Norwegian replaced Pinnock at the break and made some great runs down the right-hand side to try and get Brentford going.

Marcus Forss (5/10): Tried his best to get Brentford back in the contest but wasn’t able to make a similar impact as he did against Chelsea last week.

Saman Ghoddos (5/10): Like Forss, Ghoddos wasn’t able too much of an impact, with his heavy touch at the end summing up Brentford’s afternoon.

Kasper Schmeichel (7/10): Made smart stops to deny Norgaard and Toney in the first half, while he got lucky with a couple of moments too, not least when he collided with Jansson. His distribution can draw moans, but he delivered a quick-thinking kick out to Iheanacho to set up the second goal.

Daniel Amartey (6/10): After marshaling Ronaldo effectively last week, Amartey came unstuck against Toney in the first half, the Brentford striker too quick and too strong, and so beating him to every ball. But in the second half, he improved significantly, winning all his 50-50s, earning chants from the fans.

Jonny Evans (7/10): With City under heavy pressure in the first half, Evans was there to relieve that, clearing his lines with his exceptional reading of the game, preventing Brentford from having the number of chances their dominance suggested they might.

Caglar Soyuncu (4/10): He’s usually so much better when next to Evans, but this was a poor outing from Soyuncu. There were nervous, hacked clearances, aimless balls forward, and rash tackles, one which earned him a booking and eventually a substitution, with Rodgers not willing to risk a red card.

Ricardo Pereira (6/10): Defensively, Henry caused him real issues, the Bees’ left wing-back twisting inside and out. But Ricardo eventually got up to speed to keep him quieter, and on the ball, he was one of the calmest out there for City, particularly in the second half.

Youri Tielemans (8/10): “Sign him up” chanted the fans at the end and no wonder why. Tielemans produced two moments of magic to prove why Rodgers has described him as one of the best in Europe. His goal was thunderously hit, and his first-time pass through to Daka carved apart the Brentford defence for the second. His game was not without mistakes, but those key moments make the difference.

Boubakary Soumare (6/10): Was bypassed in the first half as he struggled to keep up with the Brentford attacks, but he was solid in the second period, battling hard in front of the back-line, and nearly grabbing himself a goal.

Timothy Castagne (6/10): Did his job, as he always does, without being able to attack as much as he would have liked due to a lack of support on the left-hand side.

James Maddison (7/10): Moved the ball too slowly at first, but once he got into his stride, he was very good at taking the ball to feet and slipping away from his markers, winning free-kicks, or getting a shot away. Was about to be subbed after giving the ball away twice, but then supported Daka to get his first goal since February.

Kelechi Iheanacho (6/10): His touch was either outrageously good or escaped him completely, while his hold-up play was similarly hit and miss. But when he gets it right, he’s really effective, and he played his part in the second goal with a nice lay-off to Tielemans, while also creating a couple of chances for Daka.

Jamie Vardy (4/10): It’s not unusual for Vardy to be barely involved, but six touches in 45 minutes tell the story of how little effect he made on the game.

Patson Daka (7/10): Made the impact Rodgers would have wanted, stretching the Brentford back-line, chasing hard, and then showing an unselfish side to set up Maddison’s winner. A very good display from the substitute.

Jannik Vestergaard (6/10): Read the game well to get around his lack of pace, and was able to help Leicester City withstand late pressure.

Ayoze Perez (6/10): Pressed hard and made good choices on the ball, as well as decent close control, while nearly getting in for a goal.