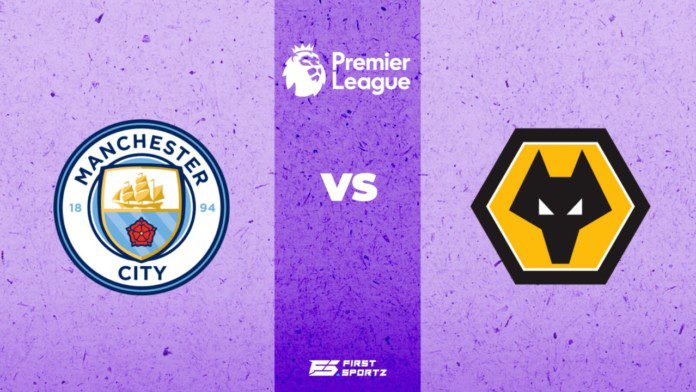 Manchester City failed to open up the score in the first half of the match. But Sterling made a goal difference scoring his 100th Premier League goal for Manchester City. City’s attacks are always a delight to watch. Wolves gave some tough performance even with a 10 man squad left after the sent-off. Despite the penalty goal, the Wolves gave a great performance today.

Let’s have a look at the player ratings for Manchester City vs Wolves match:

Ederson (6.6/10):  Ederson had a very rare chance to make an effort with such good attacking for City. He made a good block from the incoming header from Kilman where Wolves almost attempted to equalize the scoreline.

Joao Cancelo (7.5/10): Cancelo made some good wing push moving forward along the side of wingers. He also managed some good passes and made some important blocks.

Ruben Dias (6.3/10): Dias was present in the front to gift some good attacking pressure support to his teammates. He tried to convert the incoming headers from the corner but couldn’t convert them well enough.

Aymeric Laporte (6.4/10): Laporte gave a good push forward building up some passing rhythm. He also made some crucial blocks recovering the ball again.

Zinchenko (6.8/10): He gave a good defensive contribution. Otherwise, he wasn’t seen much into the play throughout the game.

Okay Gundogan (6.2/10):  Gundogan contributed well in the midfield area creating some helpful passes with the attack. He gathered a strong shot but got tackled by Jimenez. He didn’t get much time to perform much better as he was substituted at the start of the 2nd half in place of Foden.

Rodrigo Hernandez (7.7/10):  Rodri did some good work being present in the center of the midfield. He also pushed forward when necessary. He got into the booking from a reckless tackle.

Jack Grealish (6.1/10): Grealish managed some good wing play and provided some good corners as well. He missed a simple sitter goal that could have doubled up the lead for City.

Gabriel Jesus (6.1/10): Jesus made a good attacking pressure in the City attack but he could not connect the shots well. He drove the shots wide most of the time.

Raheem Sterling (7.7/10): The informed winger scored a wonderful penalty in the center forcing Jose Sa to dive towards the right scoring his 100th Premier League goal for City. He gathered some good push from the wing but was fouled more often.

Jose Sa (8/10):  Jose Sa made some crucial blocks and gathered some good ball punches. He prevented City from opening the score in the first half.

Romain Saiss (6.2/10):  Saiss made some good defensive interceptions and played a key role in preventing Sterling from moving forward. His performance was satisfactory overall.

Conor Coady (7.8/10):  The Wolves captain gathered some good defensive pressure giving very little chance to the City attack to get past him. He was present in the attacking as well in an attempt to drive a header.

Maximilian Kilman (6.6/10): Kilman had a collision with Neves and it looked difficult for him to continue. But he was back on his feet in no time and did some good defending further on.

Joao Moutinho (6.4/10): Moutinho contributed a bit in defense making some important tackles. But he got a hand to the ball in the box which led to a City penalty that Moutinho couldn’t believe at all.

Ruben Neves (5.6/10):  He tried to gather some passes in the midfield area but lost ball control and ended up losing possession. He also got booked up for a bad challenge and played much poorly.

Leander Dendoncker (6.6/10):  Dendoncker was present in the midfield making important ball interceptions. He managed some good passing momentum throughout the Manchester City vs Wolves game.

Nelson Semedo (6.4/10): Semedo managed a good push forward from the wing in search of some good crosses but got blocked moving ahead. He made some necessary tackle stopping Foden from heading forward.

Raul Jimenez (5.0/10): Jimenez was sent off before halftime with a 2nd yellow. He made a reckless tackle on Rodri earning a red in the end just seconds after receiving a yellow. It was one of the ridiculous red cards we’ve seen in the Premier League this season. What a disappointing night for him today.

Adama Traore (6.1/10): Traore gathered some good attacking soon after the start of the game pressurizing city defense but Ederson was present in the box to collect the ball. He didn’t put much effort in the 2nd half and was substituted soon.

Trinca (5.8/10): didn’t manage to put much of an effort after entering the field. he entered the field in the closing minutes

Daniel Podence (5.5/10):  He entered the field within the closing minutes so didn’t get to play much in Manchester City vs Wolves game. 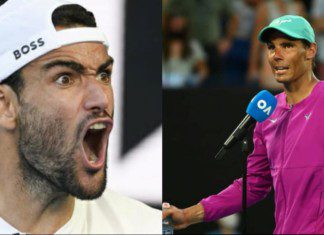