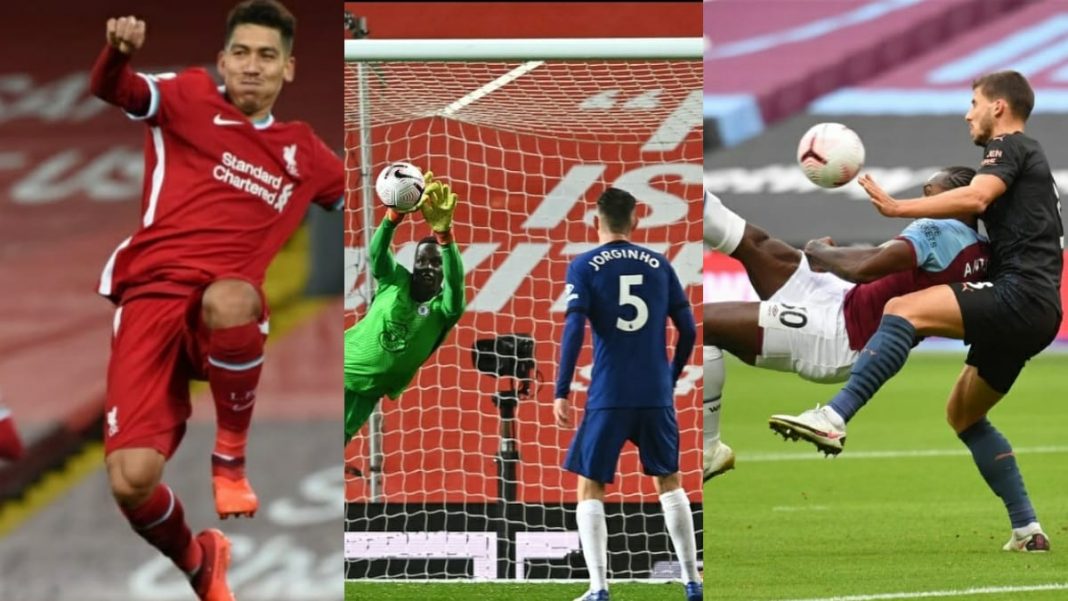 Five matches were played on Saturday with Aston Villa playing it early against Leeds and Liverpool playing it late against Sheffield United. Yet another week where VAR proved to be a conundrum as the english referees keep proving that they don’t know how to use it. Read on for the full report on Saturday’s matches

Both the teams were raring to defeat each other and climb up the table as the points gap is very less this time of the season. Aston Villa were second in the table with Liverpool, Leeds and Leicester behind them. Aston Villa was aiming to attain pole position in the table, but Leeds had other plans for them.

A second half hat-trick from Patrick Bamford put them to the sword and Leeds came out triumphant against Aston Villa. Bamford became only the fifth player to score a hat-trick at Villa Park with the others being Chris Sutton, Robbie Fowler, Gareth Bale and Sergio Aguero. [FT: 0-3]

Michael Antonio scored a brilliant overhead kick and gave West Ham the lead against Manchester City. The lead lasted until the 51st minute as Phil Foden equalized. West Ham weathered the mighty Manchester City and settled for a draw as City slipped further down the table.

Guardiola’s future is on the line as his team is playing without any motivation. [FT: 1-1]

Fulham managed to score a consolation goal from captain Tom Cairney, but it was too little and too late. Fulham find themselves languishing in the relegation places along with Sheffield United and West Bromwich Albion

The only point of entertainment was when Harry Maguire put a chokehold on Cesar Azpilicueta in his own penalty area and VAR wasn’t used to award a penalty. Anyway, Alex Telles didn’t make the matchday squad and Luke Shaw had to play at left-back. Both him and Daniel James had forgetful performances as usual. Defender Axel Tuanzebe yet again found himself in the bench despite his performance against Paris Saint Germain.

Roberto Firmino equalized in the dying minutes of the first half. Mo Salah’s beautiful goal in the second half was ruled out for offside, but two minutes later Diogo Jota scored a header to win the match for Liverpool.

That is all that we have about the Saturday fixtures! Tune in later to read our report on the Sunday fixtures.