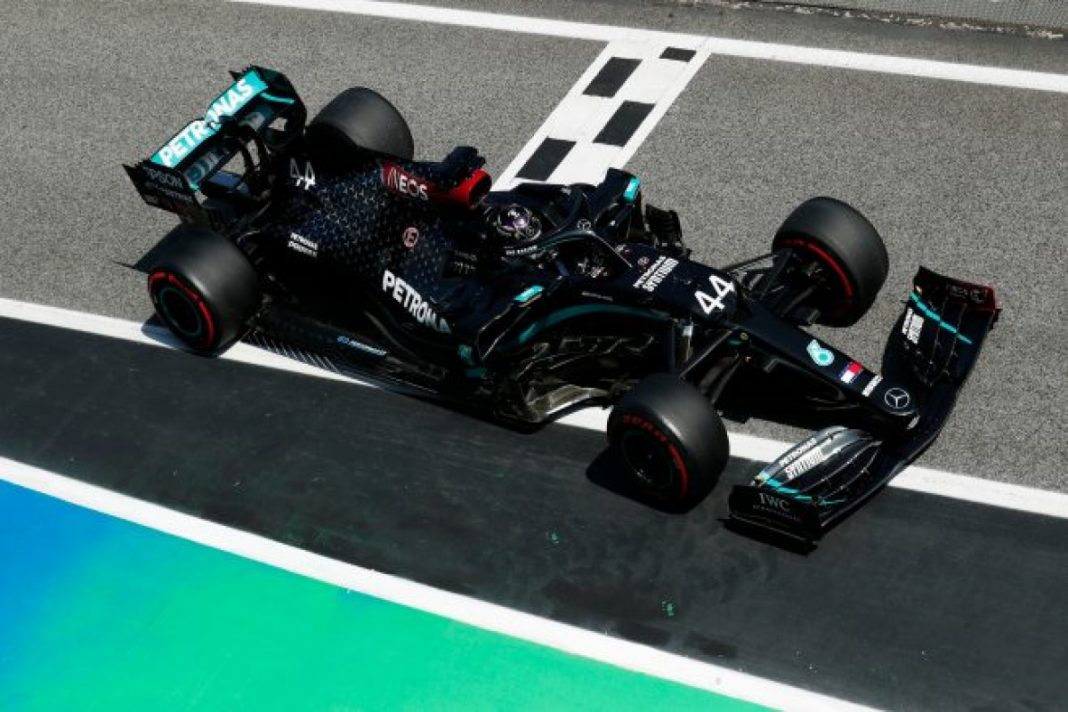 Mercedes lock up the front row in the Spanish GP, with Hamilton edging teammate Bottas with mere difference of 0.059s in extreme hot conditions at the Circuit de Barcelona-Catalunya.

It was second week in a row where the pole position margin has been 0.063s or lower and also Hamilton has taken 4 out of the 6 poles this season.

Hamilton and Bottas ended the one hour session 0.700s quicker than anyone else.

Red Bull’s Verstappen, winner of the last racewas their closest challenger in third, the Dutch achieving the first top 3 start in Spain of his F1 career.

Racing Point’s Perez finished P4 one over teammate Stroll who ended at P6.

Red Bull of Alexander Albon rounded out the top six, but he was 0.5s adrift of team mate Verstappen in what was the biggest deficit between team mates involved in the top 10 shoot-out.

Carlos Sainz made an error on his first run recovered to end at P8, surpassing his teammate Norris by a fraction for only the second time this year.

Charles Leclerc was the leading Ferrari in ninth, with team mate Sebastian Vettel failing to make Q3 for the second race in succession.

Pierre Gasly outqualified team mate Kvyat for the ninth race weekend in a row as he completed the top 10, with Kvyat ended back at 12th.

US Grand Prix: Valtteri Bottas suggests he can ‘still have a good race’ despite grid penalty

“Mercedes Lost Ground to Everyone in FP2”: Lewis Hamilton

“I Don’t Know What Happened”: Max Verstappen Reacts to Incident with Lewis Hamilton