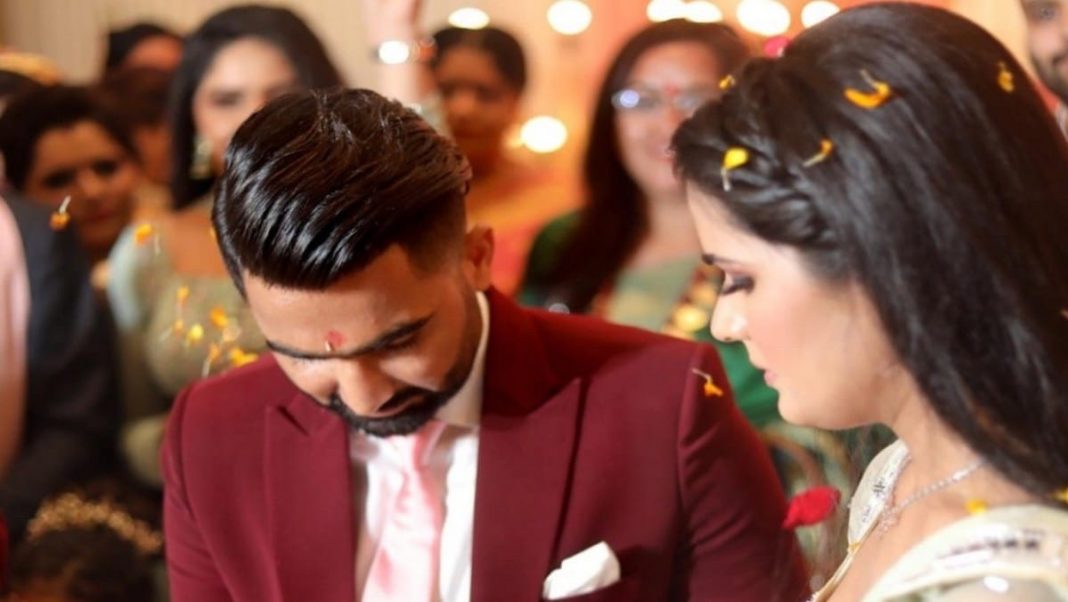 Rahul Tewatia was the talk of the town during the course of the Indian Premier League (IPL) 2020 that took place in the UAE. Appearing for Rajasthan Royals (RR) and with his position in the side not safe by any means, the all-rounder turned around an innings of initial struggles into a match-winning one in a match against Kings XI Punjab (KXIP). Promoted up the order and with pressure rising on him, in pursuit of an IPL record total, Tewatia went berserk.

He hit Shedlon Cottrell for five sixes in an over to ensure the equation to win for RR was reduced before he got out in an attempt to finish off the match quickly. RR came up trumps and etched their name in the record books. In the matches that followed as well, Tewatia was one of few shining sparks in the RR side that flattered to deceive in the end and ended up finishing last on the points table.

Rahul Tewatia got engaged yesterday and he posted images from the event on his Twitter handle with a simple caption mentioning the date along with a ring and a heart emoji. Details about the bride, the event and the attendees are unknown as of now, as is the date of the wedding. Former Indian cricketer Suresh Raina congratulated Tewatia by replying to his tweet

From stories posted by cricketers on their Instagram handles, it could be ascertained that Nitish Rana of Kolkata Knight Riders (KKR) and Jayant Yadav of Mumbai Indians (MI) had attended the ceremony.