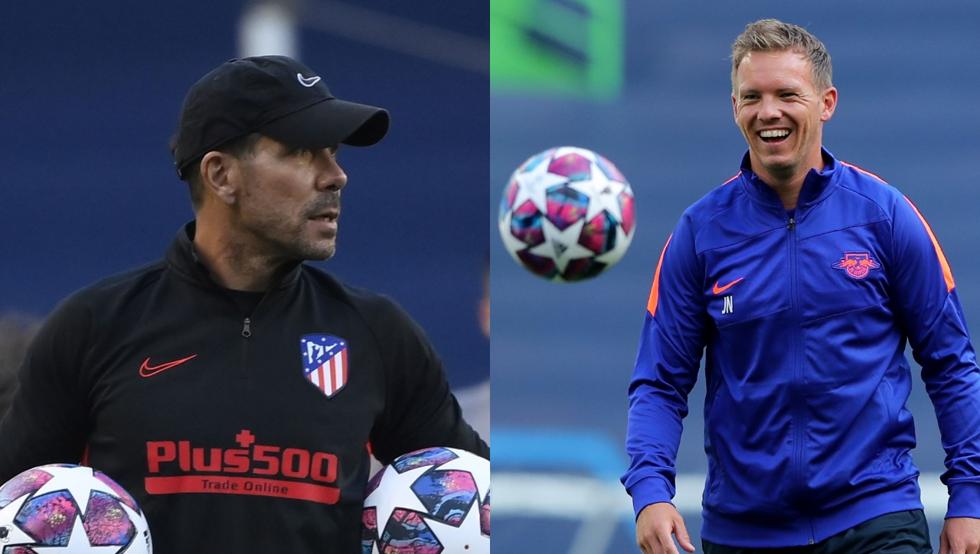 Timo Werner move to Chelsea does not mean that RB Leipzig would be outplayed against Atletico Madrid says Julian Nagelsmann. Nagelsmann isadamant that his squad would still hold a significant challenge.

Timo Werner signed for Chelsea for a fee of £47.5 million. The German International has committed his future at Chelsea for the next five years.

Werner scored 34 goals in 45 appearances for RB Leipzig in the 2019-2020 campaign. Werner established himself as one of the most Lethal strikers in Europe.

“We don’t have to play outnumbered; we will replace [Werner] with a capable player.

“I can reveal that 11 will start the game, but I will not reveal who will play instead of him. We have quality.

“Timo would have started tomorrow, but we can replace him and we have the ability to get in front of their goal.

“We have players who didn’t play when Werner was here and will now get their chance to show what they can do and score plenty.”

With Patrik Schick on the way back from a knee injury and Marcel Halstenberg is suffering with a back injury, Nagelsmann’s offensive choices could be more reduced.

“We’ll see how they are doing. On Friday they were good; we’ll see if they can start and play 90, or if they’ll start on the bench.

“If they can play 90 minutes, if they’re at 100 per cent is a question for all my players, though, and we’ll see that tomorrow.”

“We’ll look to play our game, we’re focused on ourselves.

“We know that they have a lot of experience over two legs – but anything can happen in just one game as opposed to two legs. Atleti don’t have experience in one-off games, just as we don’t in this new Champions League format.

“They’re physical, they have a really strong centre-back in the shape of [Jose] Gimenez and [Stefan] Savic next to him. We obviously want to look get down the sides and move the ball out wide and try and find gaps in their backline; we won’t change our style.

“There’s pressure and nerves. But we want to relax the players and not increase the pressure ahead. There’s always tension. We’ve spoken through different scenarios – if we score, if they score.

“We’re focused on the game; it’ll be exciting and we want to make the first step and take the lead. We will be ready.” – Leipzig boss said.

Also read: Ex-Man Untd forward Lukaku would be the main danger against the Red Devils: Berbatov