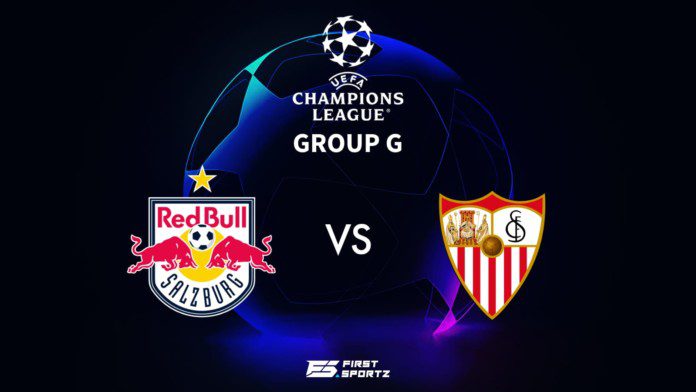 RB Salzburg vs Sevilla: RB Salzburg hosted Sevilla on Matchday 6 in the group stage of the UCL. The fixture had a lot at stake as both the spots in Group G were up for grabs.

The Austrian side came victorious over their opponents tonight securing themselves a place in the knockouts of the tournament. Salzburg were great on the ground tonight and deserved their win over Sevilla tonight.

Let’s take a look at the player ratings for the RB Salzburg vs Sevilla match:-

Philipp Köhn (GK) (6.5/10): Kohn made some crucial saves for the Austrian side tonight. He had constant traffic between the posts as Sevilla were relentless with their attacks hoping to secure a goal.

Rasmus Kristensen (7.5/10): Kristensen was a crucial part of the Salzburg side tonight. He played a key role in both attack and defense tonight as he made some good clearances in his half while making some great runs into the attacking third down the flank.

Jérôme Onguéné (6.5/10): Onguéné made some great interceptions for Salzburg tonight, avoiding Sevilla from scoring at multiple occasions. He was astute with his defensive duties and did not give much room to the opposition attackers.

Oumar Solet (6.5/10): Solet provided the required support tonight to his fellow teammates in the defensive line. He was astute with his tackles and did not give Sevilla players much room in the attacking third.

Andreas Ulmer (7/10): Ulmer had a decent outing tonight, he did press continuously throughout the game. The midfielder also controlled the ball well creating opportunities for his teammates in the attacking third.

Luka Sučić (6.5/10): Sucic was involved in constant battles in the midfield for the possession of the ball. He made some good interceptions and was quick on every provided counter opportunity during the game.

Mohamed Camara (7/10): Camara made some great interceptions in the midfield tonight in a high pressing game from both sides. He was good on counter-attacks providing additional support in the third.

Brenden Aaronson (6.5/10): Aaronson was strong in the midfield tonight especially after Sevilla were reduced to a ten-man side in the second half. He made some great moves from the midfield and created space in the attacking third distributing the ball to his teammates.

Nicolas Seiwald (6/10): Seiwald lacked the attacking flair tonight as he struggled to make room for himself in the attacking third and was caught off-guard by the Sevilla defenders.

Noah Okafor (7.5/10): Okafor gave the home side a reason to celebrate in the fiftieth minute as he scored a beautiful goal past the Sevilla goalkeeper. Okafor will surely hope to continue his run in the upcoming fixtured of the Champions League.

Karim Adeyemi (6/10):  Adeyemi exerted his presence over the opposition defensive line. The striker had a few great runs but could not convert them into results. He provided an assist to Okafor who converted it to give Salzburg to provide them the lead.

Benjamin Sesko (6/10): Sesko was decent in the midfield after being substituted during the second half of the game. The player distributed the ball to his teammates and also made some crucial interceptions that blocked any counter Sevilla could create.

Nicolas Capaldo (6.5/10): The striker was subbed in the final fifteen minutes of the game and he made sure to leave his impression on the fixture. He was quick with the ball on his feet and run amok against a ten-man Sevilla.

Yassine Bounou (GK) (6.5/10): It was a busy night for Bounou tonight against a persistent Salzburg side who came at him at every given opportunity.

Gonzalo Montiel (6/10): Montiel had an average night in the high pressing game tonight, he was caught off-guard by Salzburg attackers on occasions and couldn’t support much with the attack as he spent most of his time handling the Salzburg wingers tonight.

Jules Koundé (7.5/10): Kounde once again proved tonight why he is being chased by many of Europe’s elites. He was sublime with his tackles and made a lot of key interceptions.

Diego Carlos (7.5/10): Carlos made some great runs down the flank providing additional support in the attacking third. He was quick with the ball and his passing was a treat to watch tonight.

Ludwig Augustinsson (7/10): Ludwig had a great outing in the midfield tonight. He was good with the distribution of the ball and generated a lot of pressure for the Salzburg defenders.

Joan Jordán (5.5/10): He played a key part in the link-up play between the defensive and attacking players on his side. He rotated the ball well from the midfield and looked good tonight at his position. He failed to maintain his composure in the second half after he was sent off after two back-to-back bookings.

Fernando (6.5/10): Fernando had a decent outing at midfield tonight as he fought over for the control of the ball in the midfield emerging victories.

Ivan Rakitić (8/10): The Croatian was onto the ball from the get-go. He made multiple chances for his side during the game in the attacking third.

Lucas Ocampos (8/10): Ocampos neatly controlled the ball tonight, he made some nice efforts in the attacking third trying to earn a goal for his side.

Munir El Haddadi (7/10): Haddadi played well under pressure tonight in a crucial game for Sevilla. He made some great runs for his side but failed to convert on a few given occasions

Papu Gómez (8/10): Gomez was quick with the ball tonight, he maintained his presence in the attacking third and created pressure on the Salzburg defenders.

Rafa Mir (6.5/10): Mir came early in the second half after Augustinson failed to have a major impact on his side during the fixture Mir did person well in the field.

Oliver Torres (5.5/10): The midfielder tried his best to move past the Salzburg mid and backline but the Austrian side was almost unstoppable after Sevilla were down to ten men.

Karim Rekik (6/10): The defender came in near the lateral end of the final half and tried to create attacks from his side from the flank but a ten-men disadvantage did not do much in his favor.

Oscar Rodriguez (6.5/10): The midfielder had a decent outing but will not be happy with an early Champions League exit from the competition. He did try his best to create opportunities for his side but Salzburg did not leave much to work against. 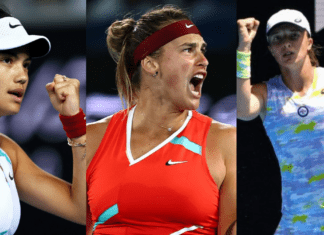