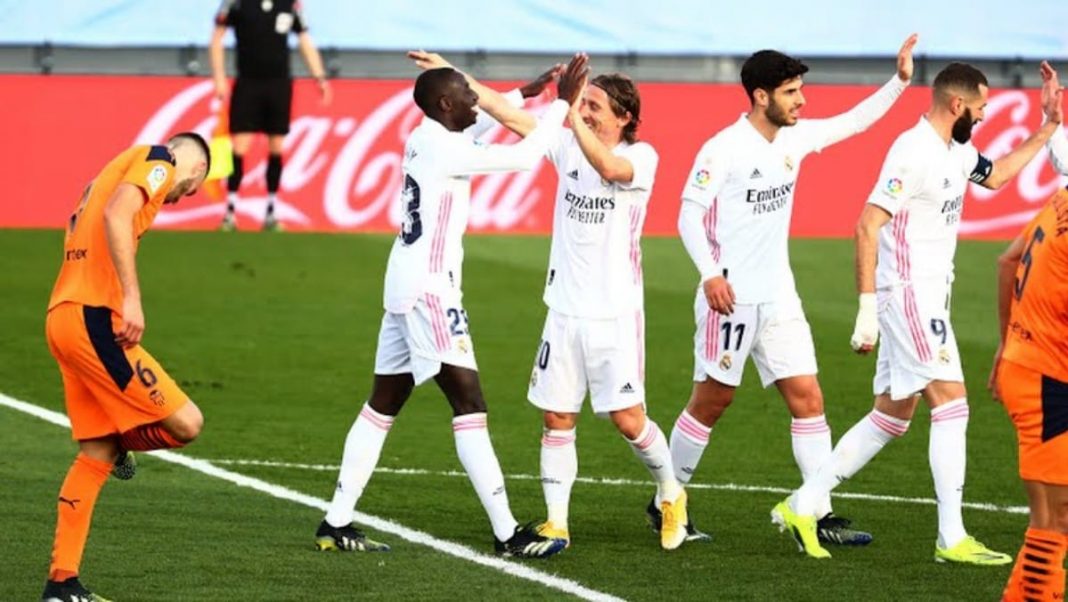 Real Madrid defeated a struggling Valencia side 2-0 at home and narrowed the gap at the top. Goals from Karim Benzema and Toni Kroos in the first half were enough for the hosts to grab all 3 points.

The match marked the return of Carvajal and Vazquez both of whom were out injured for the last few weeks. However, Carvajal suffered yet another blow and had to be replaced by Lucas at right-back.

Real Madrid moved to 2nd spot after the win

Benzema started the scoring for Madrid when his curled effort from outside the box bulged into the bottom right corner. Kroos doubled the advantage for Real just before half time with a trademark finish from the edge of the box.

Valencia lacked intensity in the whole match and Real keeper Courtois had only save to make throughout the whole game. Real Madrid had a goal disallowed by Mendy in the 61st minute by VAR because of a marginal offside call in the build up to the goal.

“The others just keep on winning so we have to try and do the same. If we want to have any chance of staying at the top we have to win all our games,” said Kroos after the game.

“Every game we play we always try to win that’s all we can do. It’s what everyone else is doing so we have to try and do it too. We’re worried about the injuries as we’re missing some very important players but there’s not much we can do about it.”

Real Madrid have now won their 3rd consecutive La Liga match and closed the gap on Atletico to 5 points. The victory will give Zidane confidence considering the fact that a number of players were out injured.