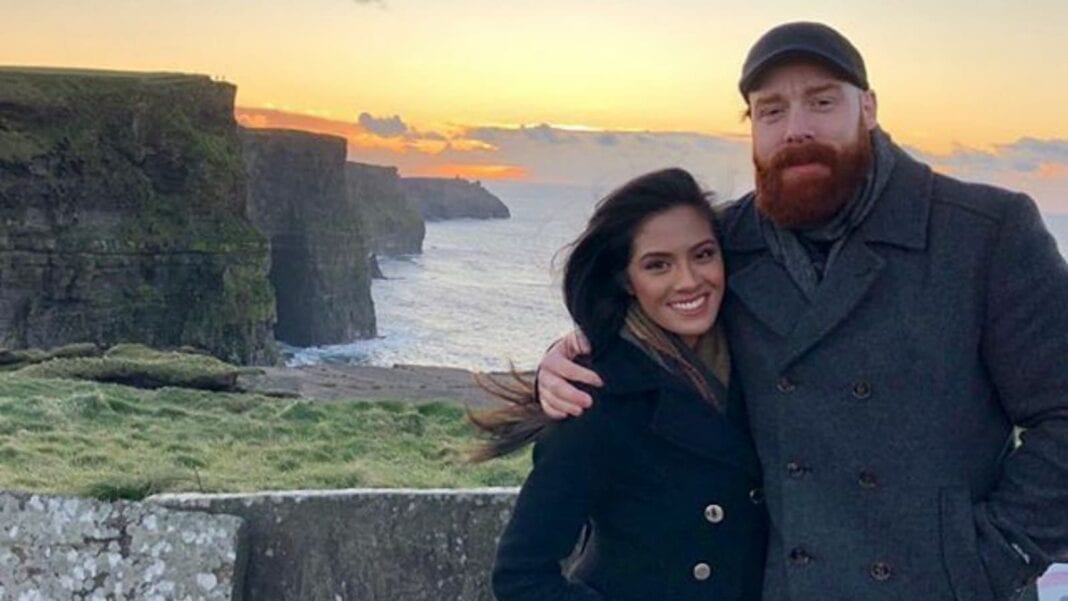 Sheamus is one of the most prominent superstars in the current Raw roster. The Celtic Warrior has been in WWE for about 15 years now and has created a lot of histories as well. The former World Champion has defeated superstars of the previous as well as the current generation.

He won the United States Championship at WrestleMania 37 and now has won the heart of his long-time girlfriend. Sheamus has been dating Isabella Revilla for a long time and recently had proposed her on the Cliffs of Moher. His girlfriend though hadn’t answered for some time but today has said “Yes” to the Celtic Warrior. The couple today got engaged to be married and his fiancée took to Instagram to announce this.

When I was pining to go to Ireland as a young girl, I would tell people it was because “If magic exists, it has to be in Ireland.” Well, it does exist. Couldn’t imagine a more magical place to say YES 🍀 Couldn’t imagine a better person to spend my life with.

The WWE Universe have reacted by saying that Sheamus is going through very good times. He is winning hearts and matches.

The United States Champion and his fiancée has not said anything about when they will tie the knot. But according to reports, that Isabella Revilla was just a fan of Sheamus before they got into a relationship.

Th Celtic Warrior is the current United States Champion and has been very active in the recent months. According to the recent teases, he would be feuding with the archer of infamy, Damian Priest which could be a treat to the WWE Universe after they return.

Many superstars have reacted to the couple’s engagement and have showered blessings for a happy life together. FirstSportz also congratulates them on starting a new journey.