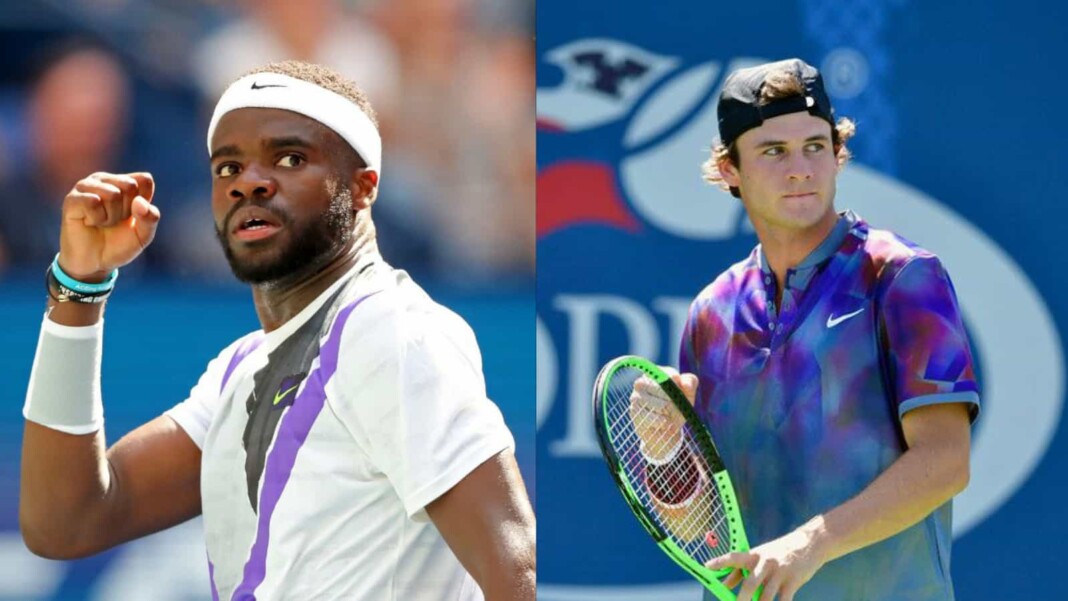 Eight seeded, Frances Tiafoe will face Tommy Paul in yet another all American clash in the semi-finals of the 2021 Stockholm Open on November 12.

World No.41, Frances Tiafoe has earned a place in the semi-finals for the second time in three weeks, having got to the final of the Vienna Open where he lose to Alexander Zverev. The 23-year-old American who is playing in Stockholm for the first time, had begun his challenge with a win over Sweden’s Elias Ymer, followed by victories over Spain’s Pedro Martinez in the Round of 16 and British No.2, Dan Evans in the quarter-finals before marching into semi-finals here at Stockholm.

Tommy Paul held off Andy Murray’s comeback attempt to beat the former No.1 6-2, 3-6, 6-3 on Thursday and reach the semifinals at the Stockholm Open.

Paul jumped out to a 4-1 lead in the first set but struggled with his first serve in the second, allowing the two-time Wimbledon champion back in the match. But Murray double-faulted to hand Paul a 4-3 lead in the deciding set, missing out on a chance to reach his first semifinal since the European Open in October 2019, before undergoing hip surgery.

Paul is in impressive form after pulling off surprising wins over his compatriot, Taylor Fritz in the Round of 16 and three time Major winner, Andy Murray.

Frances Tiafoe and Tommy Paul have met once before, with Frances Tiafoe leading the head to head 1-0. Their one meeting came at the Delray Beach Open in 2020, with Tiafoe winning in two tight sets.

Frances Tiafoe has a hyper-aggressive game, almost all of his shots are weapons that he uses to just continuously attack opponents therefore, he should not have much problem in taking down his opponent however, Paul comes into match after making a heavy statement by pulling an upset over Murray who had got a fantastic win over Jannik Sinner before facing Paul in the uarter-finals.

Two weeks ago, Tiafoe featured in the first final of the season, now he is inching closer to a second and he would not let this opportunity slip to rise on the tour. Tiafoe has way more weapons than Paul and is much more effective on quicker surfaces. I expect him to continue his aggressive level of play as he aims to take down Paul and head through to the final at the 2021 Stockholm Open.

SHOCKING CLAIMS! “They call him DJOKOVIC, do not like him, he’s sent by GOD himself”: Djokovic’s father reprimands media for not respecting his son

WATCH: Novak Djokovic and Team Serbia play ‘Never Have I Ever’ game at the 2021 Davis Cup Finals

“I wouldn’t swap places with Venus or Serena” Sabrina Williams claims that Richard Williams is not the loving father portrayed in the movie King...