by Lakshya Chopra
in Australian Open 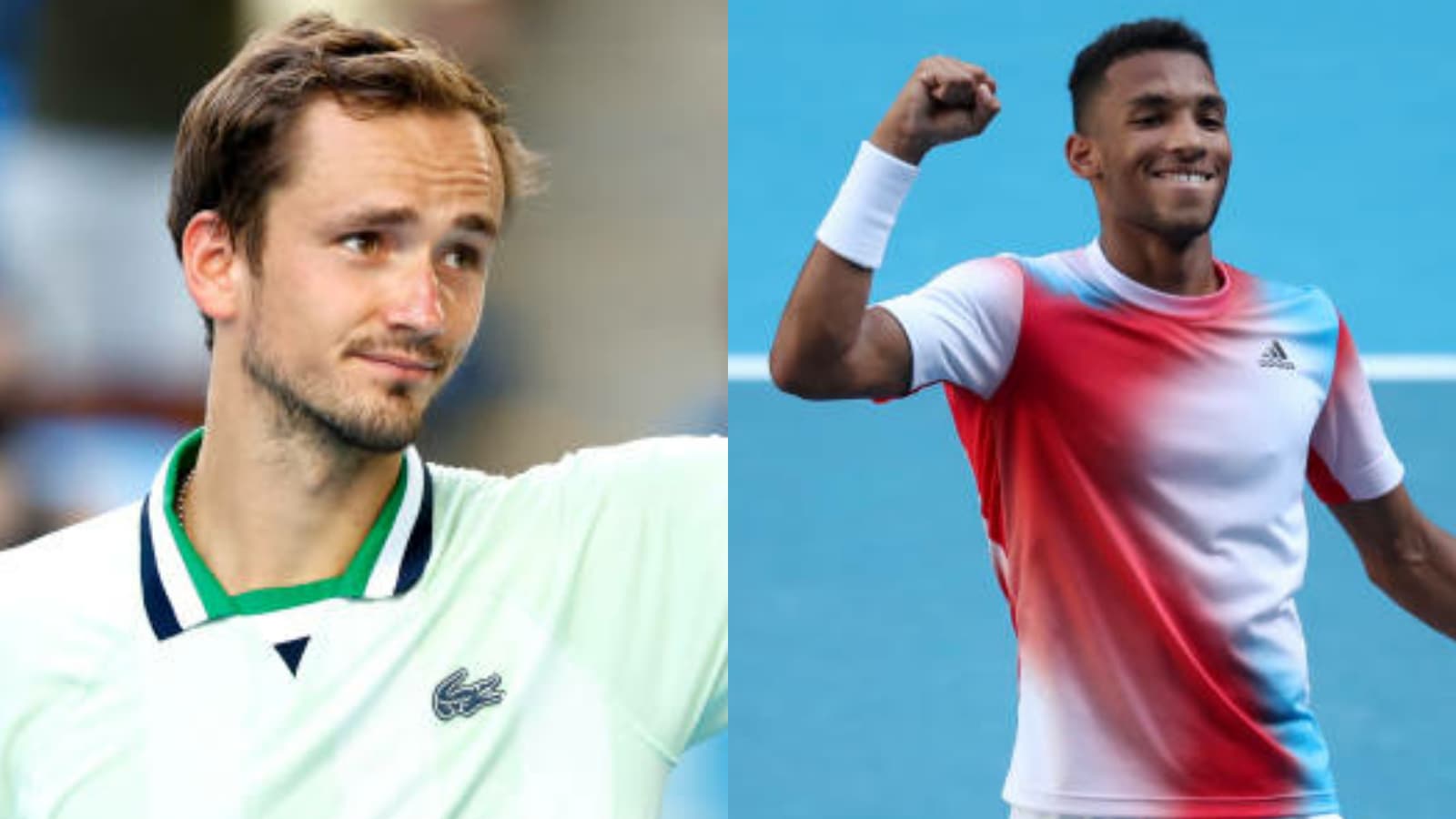 Daniil Medvedev is definitely the biggest favorite to win the tournament in Novak Djokovic‘s absence. He has been amazing since his US Open triumph and has carried the form into the new season too. He won three good matches coming into the Australian Open at the ATP Cup and has played amazing tennis in the first week at Melbourne.

He defeated Swiss Henri Laaksonen in the first round before surviving a stern Nick Kyrgios test in the second round. He then had an easy outing against Botic van de Zandschulp in the third round and once again passed Maxime Cressy’s ‘serve and volley’ test in the fourth round to book a quarterfinal spot.

Canadian youngster Felix Auger-Aliassime has had a very tough week in Melbourne and had to dig deep in almost all of his matches. He defeated Emil Ruusuvuori in a 5-set thriller in the first round and followed it up with a 4-set victory over Spaniard Alejandro Davidovich Fokina. He finally had an easy outing in the third round against Daniel Evans before beating Marin Cilic in the Round of 16 despite being a set down.

This will be the 4th meeting between the duo. Medvedev leads the H2H 3-0. They last met a few weeks ago at the ATP Cup where Medvedev won in straight sets.

Medvedev will start as a huge favorite. He has played on the big stage multiple times in the last 2 years and hence knows how to gets things done. His serve has been very good all tournament and he has managed to keep his game clean. Auger Aliassime, on the other hand has struggled a lot but has come out on top every time. The Canadian after the match said that despite playing so much, he has never felt better physically so fitness won’t be an issue for him. His serve will be the key once again. Having said that, Felix will definitely trouble Medvedev at times but not enough to go all the way.