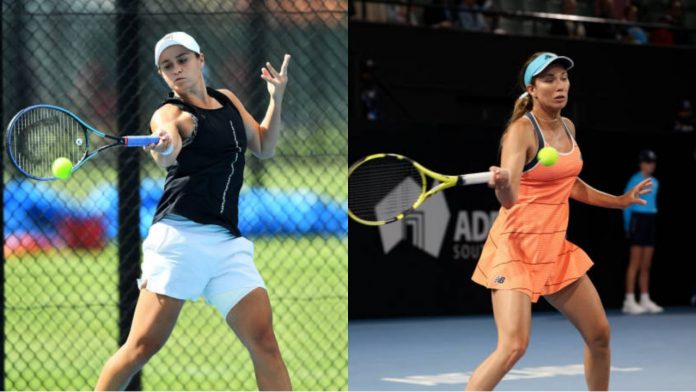 World No.1 Ash Barty finished the last 2021 season with a WTA ranking of World No.1 for the third time. She has 14 career titles to her name out of two are Grand Slam titles. She won her second Grand Slam last year at Wimbledon by defeating Karolina Pliskova. This year Barty participated in the WTA Adelaide International tournaments and won the finals by knocking out Elena Rybakina with a score of 6-3, 6-2. She also won the finals in doubles of the tournament. At the Australian Open 2022, she has qualified for the finals by defeating Madison Keys in the semifinals with a score of 6-1, 6-3.

Danielle Collins is an American professional tennis player. Her current ranking according to the Women’s Tennis Association is World No.30 and her highest ranking was World No.23. She has two career titles to her name. She participated in the Linz Open tournament which was held last year and reached the semifinals but lost it to Alison Riske. At the Australian Open 2022, she has given commendable performance and reached the finals by knocking off Iga Swiatek in the semifinals with a score of 6-4, 6-1.

Both the stars are one step away from claiming the Australian Open title. This will be their fifth meeting. In their previous meetings, Barty won thrice while her opponent Danielle won once.

Also Read – ‘Where are your manners?’ Wife Jelena aruges with Novak Djokovic on Camera

Rishika Saha - May 14, 2022
In the years ahead, the FIA aims to add numerous latest circuits to the racing calendar. McLaren CEO Zak Brown contends the Formula One...