World No.8 Iga Swiatek will lock horns with Harriet Dart in the first round of the Australian Open 2022.

World No. 8 Iga Swiatek had hugely impressed last year on the Tour with her consistent performances across tournaments. The 20-year old Pole also reached her career-high ranking of World No.4 in 2021. Iga took the tennis world by storm when she won the 2020 French Open as a 19-year old teenager and since then has been very consistent.

In the 2021 season, she won two titles, the WTA-500 Adelaide International and then went on to win the WTA-1000 Italian Open with her victory in Rome being the quickest final as she defeated former champion Karolina Pliskova 6-0, 6-0 in just 46 minutes. The Polish was last seen at the semi-final of the WTA Adelaide International, where she had an impressive run before eventually losing to World No.1 Ashleigh Barty.

Harriet Dart too had a decent 2021 on a personal level as she achieved a career-high ranking of 120 last season. She was last seen at the Melbourne Summer Set 2, where she was defeated in the round of 32 by Madison Keys, having defeated Daria Snigur and Xinyu Sang in the previous rounds. In 2021, she reached the final at Texas, where she ultimately fell to Misaki Doi. That was the best performance of her year as the Briton came agonizingly close to clinching her first professional title.

Iga Swiatek and Harriet Dart have never met each other before, with their meeting at the Australian Open first-round set to be the first between them.

Iga Swiatek would come into the match with a lot of confidence after a good start to her new season and her good recent form in general. The Polish star has been one of the most consistent players in the women’s game over the past couple of years. Swiatek would be one of the favourites to lift the trophy as one of the top-ranked players, and would atleast be aiming to reach the final four of the tournament. Meanwhile, Heather Dart has been given a very tough first-round draw and thus would be just looking to give a good account of herself as the overwhelming underdog.

READ NEXT: “Novak Djokovic saw an opportunity to get an exemption, so he took it, you cannot blame him for that,”: Ons Jabeur 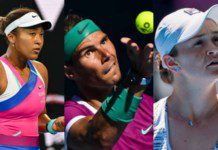 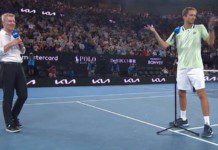 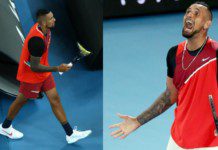 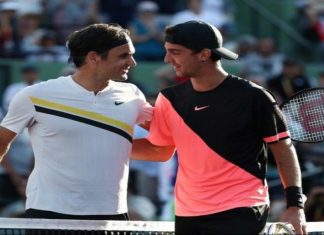