Iga Swiatek is a Polish professional tennis player. She is currently ranked as World No.8 and her highest career ranking was World No.4. She has three career titles to her name out of which one is the Grand Slam title she won at the French Open in 2020. She participated in the WTA Adelaide International tournament and qualified for the semifinals but lost it to World No.1 Ash Barty with a score of 2-6, 4-6. At the Australian Open 2022, the player defeated Sorana Cirstea in the fourth round with a score of 5-7, 6-3, 6-3.

Kaia Kanepi is an Estonian professional tennis player. Her current ranking according to the Women’s Tennis Association is World No.63 and her highest ranking was World No.15. She has four career titles to her name. The player participated in the WTA Melbourne Summer Set tournament and won the opening round. But she lost the round of 16 to Ana Konjuh with a score of 2-6, 6-3, 3-6. At the Australian Open 2022, she qualified for the quarter-finals by defeating Aryna Sabalenka 5-7, 6-2, 7-6.

Iga Swiatek vs Kaia Kanepi: Live Stream, When and Where to Watch live

This will be the first meeting of Iga and Kaia. As both of them have never played against each other there will be many surprises for them in the game.

Also Read – Australian Open 2022: Matteo Berrettini vs Gael Monfils LIVE Stream, When, Where and How to Watch 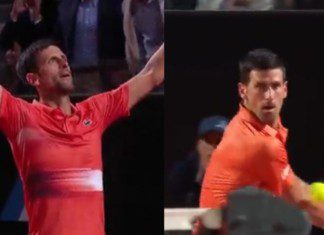