The French Open 2021 finalist found his groove after not having a good start to the season. Tsitsipas lost to Argentine, Diego Schwartzman in a 3 set marathon in the ATP Cup. The score line of the match was 6-7, 6-3, 6-3. After this match, he played against Georgian, Nikoloz Basilashvili where the latter retired midway through the match handing Tsitsipas with a win.

Benoit Paire won the second round encounter against former world number 3, Grigor Dimitrov in a marathon match. The score line of the match was 6-4, 6-4, 6-7, 7-6. In the first round, the world number 56 played a 5 setter against Brazilian, Thiago Monteiro and the score line of the match was 6-4, 3-6, 7-5, 2-6, 7-5. The Frenchman is coming into the Australian Open after playing at two ATP 250 events in Adelaide and Melbourne where he failed to cross the first hurdles in both the tournaments.

Considering the ranking and growing stature of Tsitsipas as a player, he is most likely to win the encounter against the world number 56 based on his immense hitting abilities, big match temperament and superior ranking.

Also Read: ‘My team didn’t want me to even go out there,’ Emma Raducanu reveals she played Australian Open 2022 with plenty of pain and discomfort 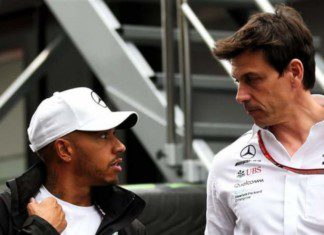 Manan Goel - May 9, 2022
Another race of the 2022 season ended for Lewis Hamilton without a podium, apart from the only one he bagged in the season opener...