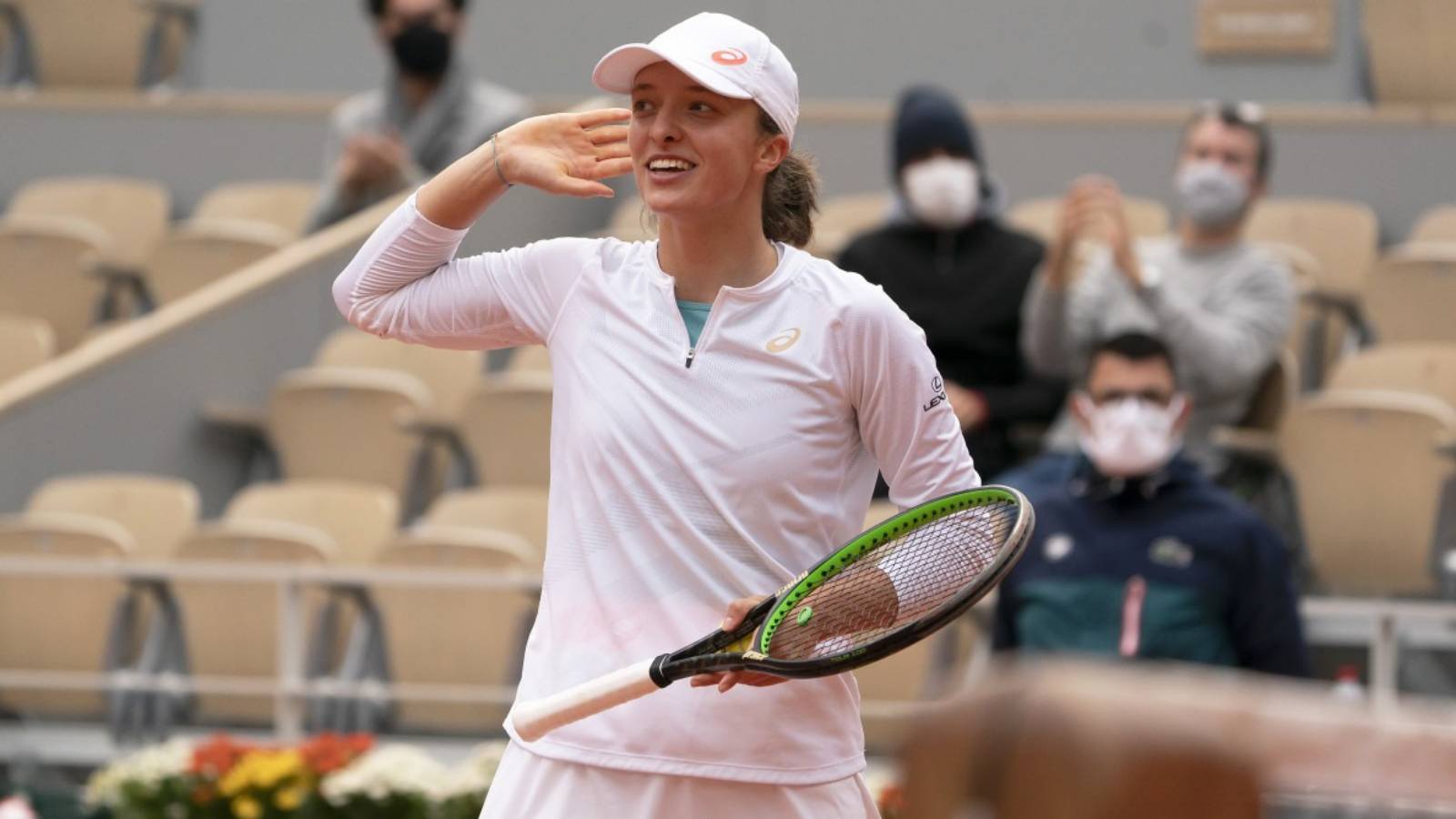 World No. 9 Iga Swiatek continues to impress on the Tour with her consistent performances across tournaments. The 20-year old Pole also reached her career-high ranking of World No.4 this season. Iga took the tennis world by storm when she won the 2020 French Open as a 19-year old teenager and since then has been very consistent.

In the 2021 season, she won two titles, the WTA-500 Adelaide International and then went on to win the WTA-1000 Italian Open with her victory in Rome being the quickest final as she defeated former champion Karolina Pliskova 6-0, 6-0 in just 46 minutes.

WTA had recently posted a video on Twitter, that left the audience in splits. In the video, the World No.9 is seen hitting a shot while holding her racquet like a cricket bat. They followed it up with a hilarious caption, which read-

“Cricket or tennis?”– read the caption.

Interestingly, the Polish superstar followed it up by replying to the tweet herself. The 20-year-old tweeted back with a poll that asked people to choose between the following sports: Paddleboarding, Football and cricket. Of course, the audience followed the humour and cricket won with 59%. The whole incident provided some laughter to both Swiatek fans and tennis fans in general.

Fans react to the hilarious exchange