‘Who will take responsibility if I die?’ Daniil Medvedev blasts out on chair umpire regarding the Tokyo heat, cramps his way to a victory over Fabio Fognini

by Lakshya Chopra
in Tennis, Tokyo 2020 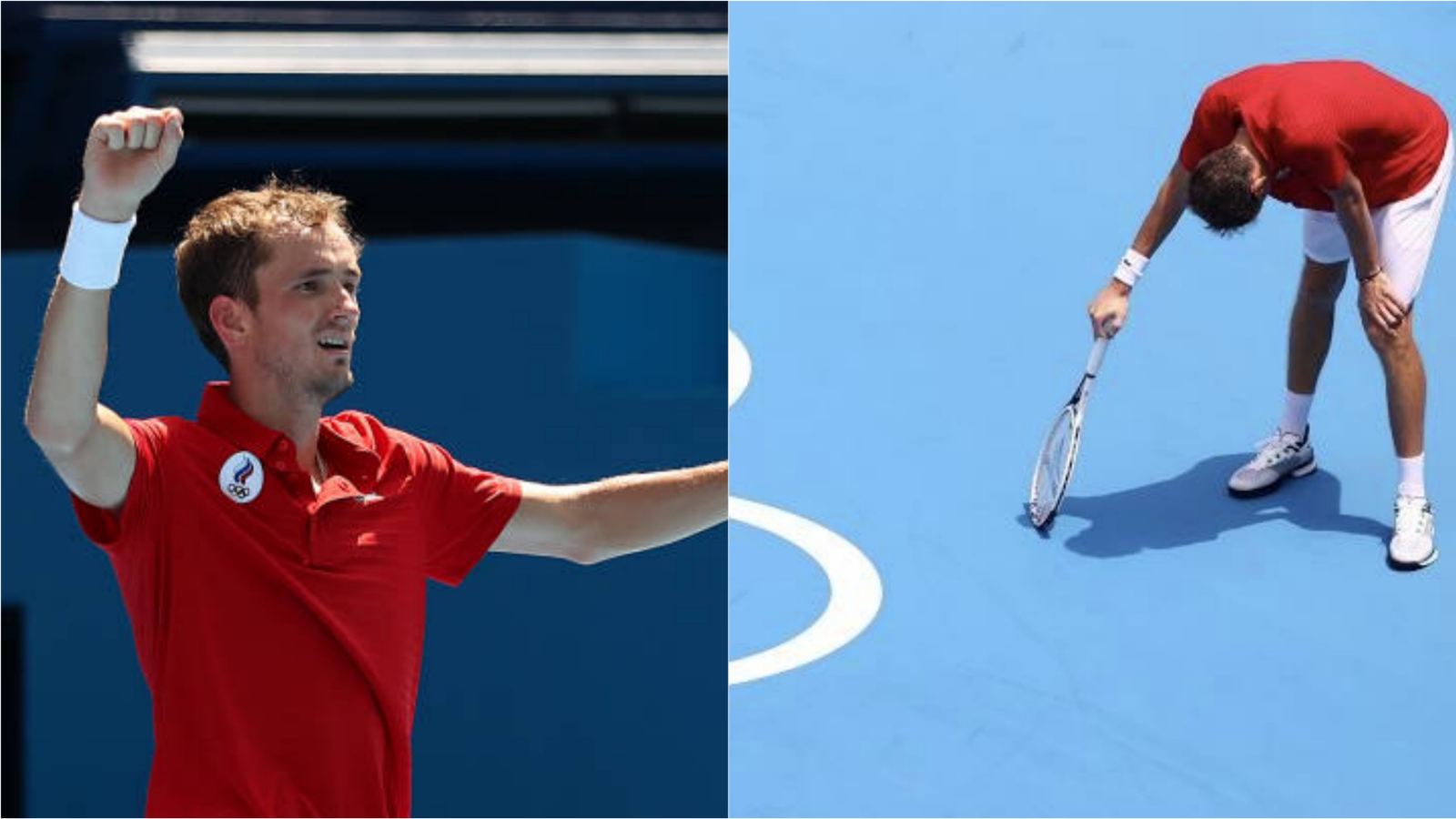 In extreme conditions at the Ariake Tennis park, second seed Daniil Medvedev survived a very match against Fabio Fognini and came out the victor in three sets 6-2,3-6,6-2. In doing so, Medvedev also reached the quarterfinals at the Olympics for the first time and will play Spaniard Pablo Carreno Busta in the last 8.

Opening the day’s play on center court, both players were struggling because of the extreme heat. To add to their misery, the roof wasn’t shut either. Medvedev still had a lot to outclass and outplay his opponent by keeping the rallies short and hitting frequent winners on the baseline. He manages to get early break of serves and with a double break’s advantage, he won the opening set 6-2 comfortably.

But in the start of the second set, the heat wave struck and both players struggled. Medvedev was cramping and even had difficulty to breathe during the set. He was hands on knees midway in the set and even took a timeout later. Fognini broke Medvedev’s serve late and save three break points in the last games to win the second set 6-3.

Medvedev regrouped his thoughts and came with a better and solid plan in the third set. The Russian went for big serves and landed several one-two punches early on in the rally. The Italian had no answers for Medvedev, as he got broken twice again. At the end, Medvedev came out the victor 6-2.

Daniil Medvedev questions the chair umpire- ‘I can die, who will take responsibility?’

Medvedev was clearly not happy with the conditions and at times found it difficult to even toss the ball to serve. He also had bad abdominal cramps. During the second set, on his serve, Medvedev went to the chair umpire and complained about the extreme playing conditions.

The umpire asked about his physical state to which Medvedev said: “I can finish the match, but I can die. If I die, who will take responsibility?”

Several players have struggled with the current playing conditions at the Ariake Tennis Park including Novak Djokovic on Day 1. Spain’s Paula Badosa too retired in her quarterfinal match against Marketa Vondrousova due to extreme conditions.