by Sarthak Shitole
in Tennis, Tokyo 2020 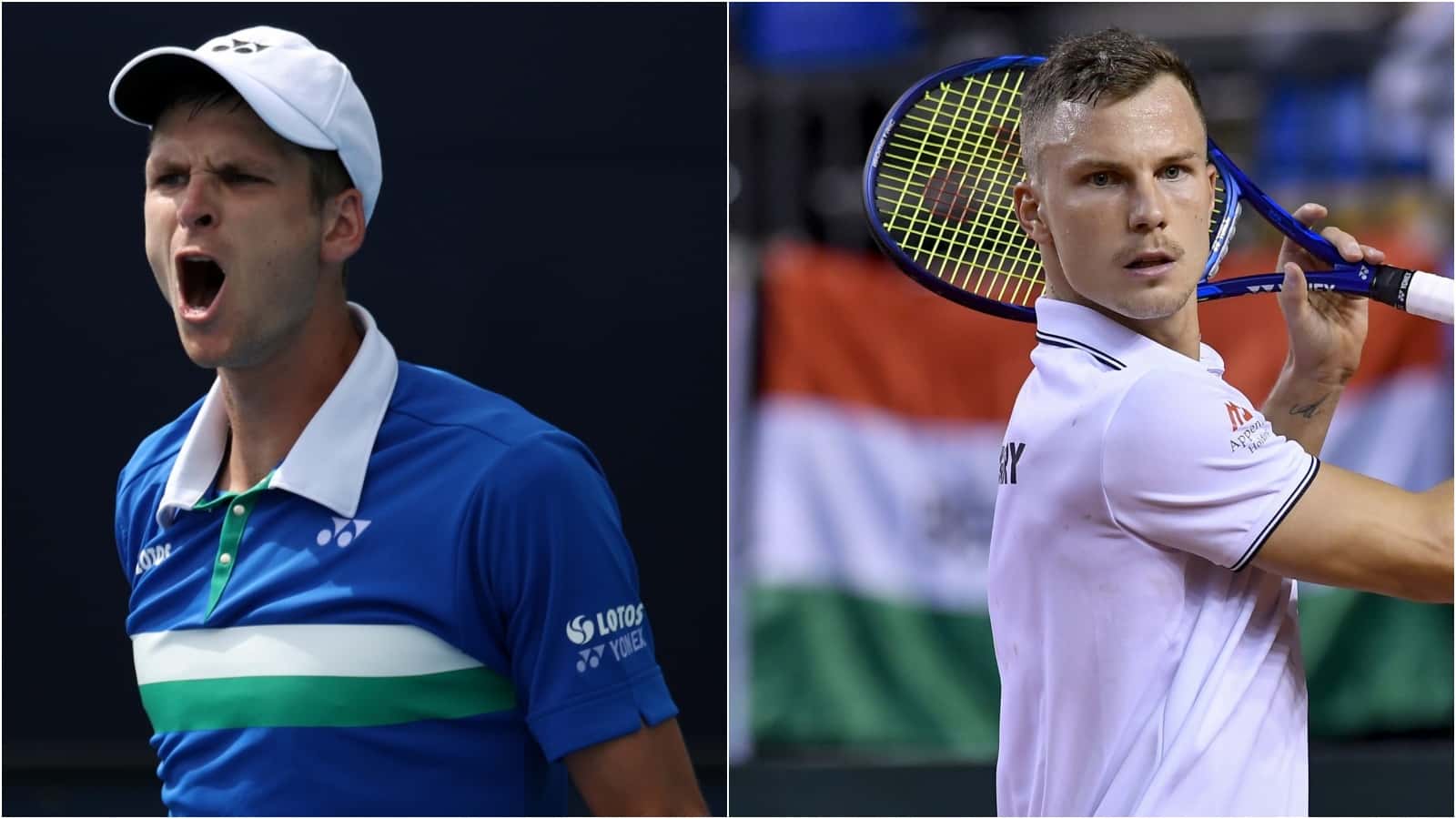 In the first round of the Men’s Singles at the Tokyo Olympics 2020, World No. 12 and the 7th seeded Hubert Hurkacz from Poland will be up against World No. 38 Marton Fucsovics from Hungary.

Hubert Hurkacz is all set to make his Olympics debut as he gears up to participate in Men’s Singles as well as Men’s Doubles events. Hurkacz has been in great form this season and will look to continue it further as he prepares to represent his country for the first time at the mega-sports event.

Hurkacz last played at the 2021 Wimbledon where he made it to the semi-finals. It was a great fortnight for the 24-year old who defeated his childhood idol Roger Federer in straight-sets in the quarter-final and also served Federer his 6th career bagel. He recently played an exhibition match with fellow Polish youngster Iga Swiatek, his only match since Wimbledon.

Marton Fucsovics will also be making his Olympics debut at Tokyo 2020 and having had a good season will be confident of his chances going ahead into the tournament. Marton, similar to Hubert, had a great fortnight at the 2021 Wimbledon reaching the quarter-finals before losing to defending and eventual champion Novak Djokovic.

Marton had some great victories over youngsters like Jannik Sinner, Andrey Rublev and with him facing yet another youngster, he will be confident coming into the match and will look to have a winning debut at the Games.

This will be the 2nd meeting between the duo who last faced each other at the 2018 Cincinnatti Open where Maron came through in 3-sets, leads the head-to-head tie 1-0.

Looking at these numbers and recent form, it seems of the two, Hubert will be the one getting a victory on his Olympics debut. However, it doesn’t seem likely that it will be an easy outing for him as Marton has also been in great form this season.