Iga Swiatek gave her opponent no chance whatsoever, as she dominated the match right from the onset. The French Open 2020 champion dropped just five games in the entire match, as she broke her opponent’s serve on four occasions.

With several top seeds out of Australian Open 2022, Swiatek has a decent chance of going all the way. She has been ruthless in the tournament so far, claiming three successive straight sets win. Her dominance can be explained by the fact that she has dropped just 12 games in the entire tournament so far.

Iga Swiatek won 67% of her points on first serve, whereas, Kasatkina won just 53% of the points. Daris Kasatkina did not serve well, as she served four double faults and looked all out of sorts.

Kasatkina managed to convert just one out of the nine break point opportunities, as Swiatek made the most of her chances. In all, the Pole won 73 points, whereas, the Russian managed to win just 60 points.

Before signing off the court, Swiatek wrote on the camera lens, “Time to make my new personal best at the Australian Open!” The seventh seed was defeated in the fourth round of Australian Open 2021 by Simona Halep, as she avenged her French Open loss in the previous year. 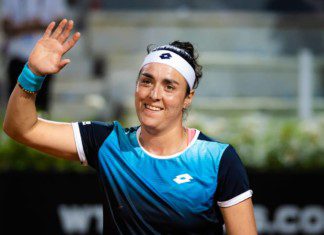