In the finals of the inaugural Tenerife Ladies Open 2021, World No. 60 Ann Li will take on World No. 63 Camila Osorio.

Ann Li makes it to her first finals of the season as she defeats French veteran Alize Cornet 6-2, 6-1 in 1 hour and 23 minutes. The win now takes her to the finals with only 1 set dropped and will give her great confidence for the finals where she will be looking to win her maiden WTA title after being forced to share the trophy with Anett Kontaveit at the Grampians Trophy earlier this year since no play was possible.

Camila Osorio reaches her second final of the season as the Columbian overcomes Italian Camila Giorgi who was the only remaining seed in the semi-finals. Osorio got the better of Giorgi by winning the match 6-4, 7-5 and clinched the victory in 1 hour and 34 minutes. Similar to Ann, Camila has dropped only 1 set so far this week in Spain.

Looking at these numbers, their past performances and recent results, it looks like Camila Osorio will be the one lifting the trophy as she has come defeating some of the top-seeds this week and the confidence will really help her.

Ann Li vs Camila Osorio: Live Streaming and Where to Watch 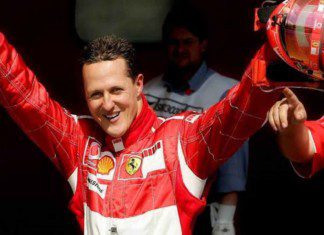 Rishika Saha - May 11, 2022
The Ferrari California put up on auction by Boutsen Classic had an absolutely esteemed owner: Michael Schumacher, former driver of the Maranello-based racing team and 7-time...