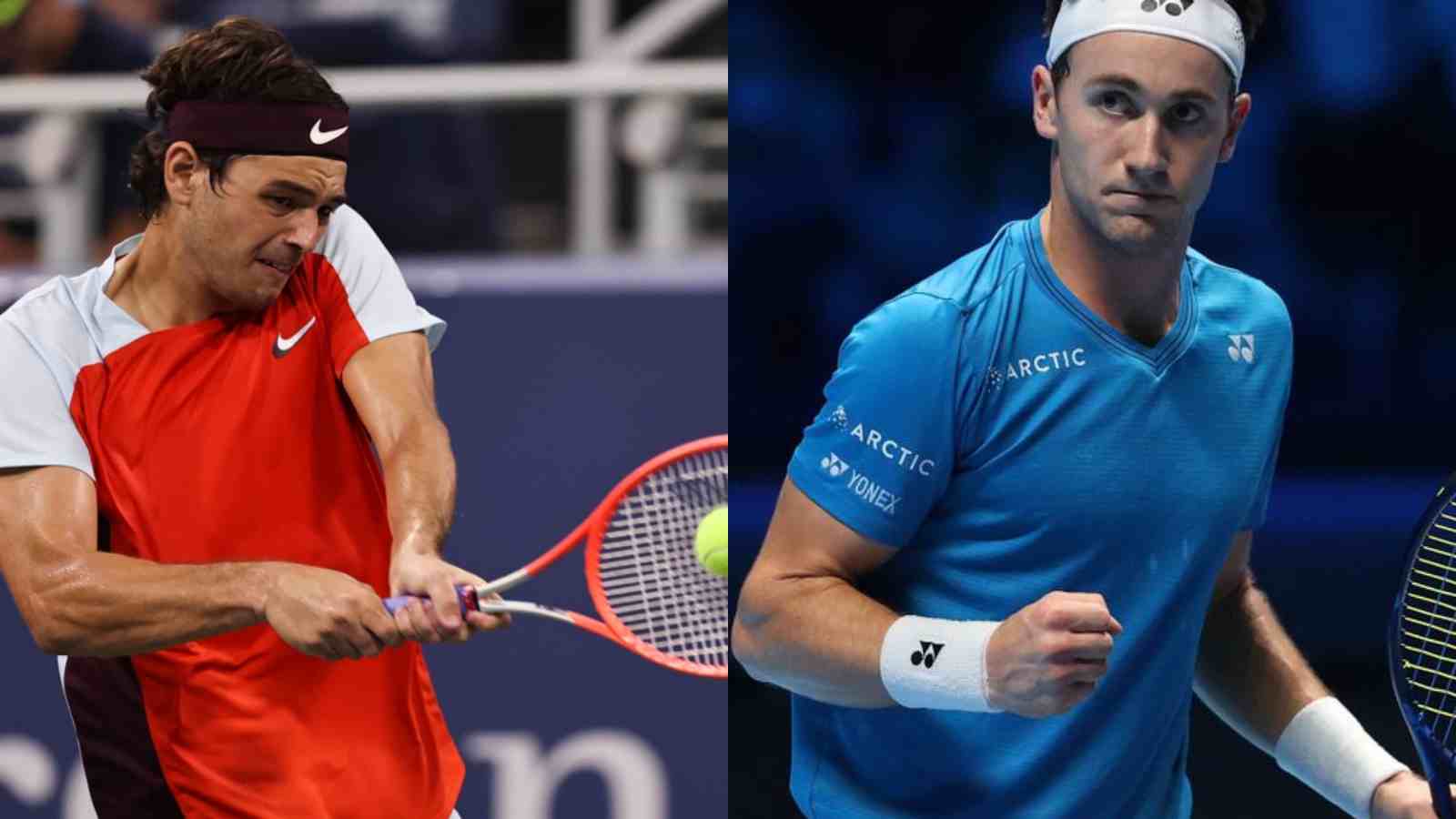 The Norwegian Casper Ruud will play against the American Taylor Fritz in the Group stage match of the ATP Finals 2022 in the beautiful Italian city of Turin. Ruud is ranked No.4 in the ATP rankings while Fritz is ranked No.9.

Casper Ruud is having a fantastic season. He won 3 ATP singles titles this season. He started the season with participation in the ATP Cup for Norway. He subsequently won the Argentina Open defeating Diego Schwartzman in the final. He also played in the Davis Cup for Norway.

The Norwegian won his second ATP singles title his year at Geneva Open. He followed this with a terrific performance in the French Open where he reached the final. However, he lost the final against Rafael Nadal. He though had a disappointing run in Wimbledon as he was knocked out in the second round.

But he bounced back and won the Gstaad Open defeating Matteo Berrettini in the final. He had an excellent run in the US Open as he reached the final. He lost to Carlos Alcaraz in an exciting match here. He won his first Group stage match against Felix Auger-Aliassime 7-6 (7-4), 6-4 in the ATP Finals 2022.

Taylor Fritz is having a season full of thrills. He started the season by playing in the ATP Cup for the USA. He played in the Australian Open but was knocked out in the fourth round by Stefanos Tsitsipas. He followed it with participation in the Dallas Open, Mexican Open, and Davis Cup. He stunned the world by defeating Rafael Nadal in the final to clinch the Indian Wells Open title.

The American then won the Japan Open Tennis Championship by defeating Frances Tiafoe in the final. He stunned Rafael Nadal in his first Group Stage match in the ATP Finals 2022.

Casper Ruud qualified in this tournament on the back of some splendid performances throughout the year. But he is lacking in form. He needs to improve his on-court presence to beat Taylor Fritz. On the other hand, the American is a very lucky man. He not only qualified for the ATP Finals tournament at the very last moment but also won his first match. But it will require more than luck to beat the Norwegian.

Prediction: Casper Ruud will win this match in straight sets.

Also Read: “Keep doing what you do on and off the court” Fans amazed by Coco Gauff’s proudly glorifying black representation after watching Black Panther