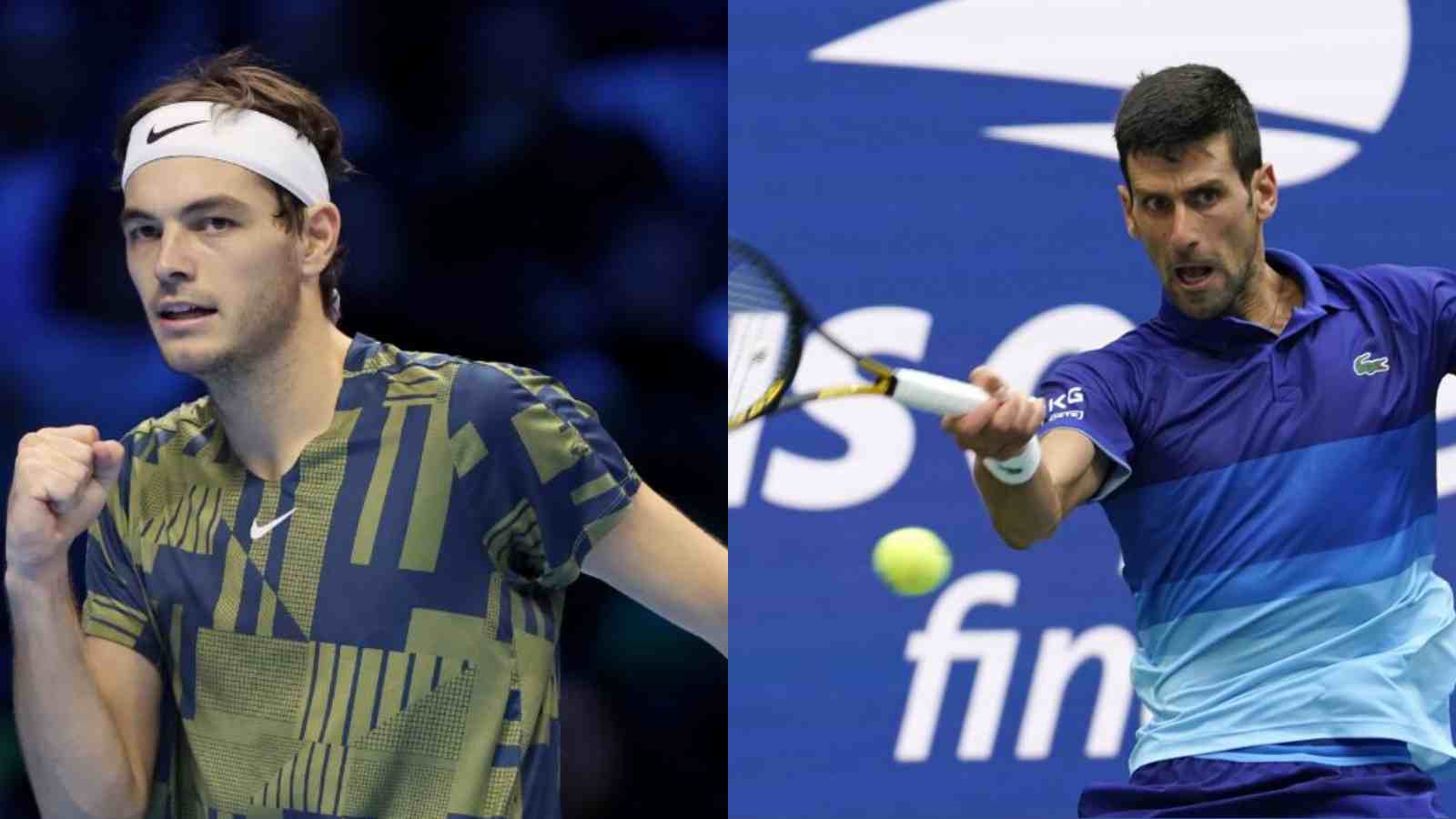 The 2022 Wimbledon champion Novak Djokovic will play against the rookie Taylor Fritz in the semi-final match of the ATP Finals 2022. Djokovic is ranked No.8 while Fritz is ranked No.9 in the ATP Rankings.

Novak Djokovic is one of the greatest tennis players in the world. He was not allowed to participate in the 2022 Australian Open due to his unprotected status and was deported back to Serbia. He started the season by playing in the Dubai Duty-Free Tennis Championships but was knocked out by Jiri Vesely in the quarter-finals. However, unfortunately, the Serb lost the final of the Serbia Open in front of cheering the home crowd to Andrey Rublev.

The 35-year-old then won the Italian Open by defeating Stefanos Tsitsipas in the final. He found his rhythm back in the French Open. He was looking good to reach the quarter-finals but lost to eventual winner, Rafael Nadal. At Wimbledon, he won his 22nd Grand Slam title. He had to miss the US Open again due to his unvaccinated status. He also played in the 2022 Laver Cup on the side of Bjorn Borg-led Team Europe.

He won both the Tel Aviv Open and Astana Open and played the Championship match against Holger Rune. In the ongoing ATP Finals tournament, He won both his Group stage matches against Stefanos Tsitsipas and Andrey Rublev.

Taylor Fritz is experiencing a long but exciting season. He represented the USA in the ATP Cup to start the season. He participated in the Australian Open, but Stefanos Tsitsipas eliminated him in the fourth round. The popular personality then participated in the Davis Cup, the Dallas Open, and the Mexican Open. He won the Indian Wells Open by shocking everyone by defeating Rafael Nadal in the championship match.

In the second round of the competition, he was eliminated from the French Open. He defeated Maxime Cressy in the Eastbourne International tournament’s Championship match, giving him his second ATP singles championship. After that, he took part in Wimbledon and reached the quarter-finals round but lost to Rafael Nadal. He had a disappointing North American swing, as he could impress no one with his performance. He exited the US Open in the first round itself.

He won the Japan Open Tennis Championships in Tokyo, which helped him to qualify for the season-ending tournament. In the ongoing ATP Finals tournament, he won his matches against Rafael Nadal and Felix Auger Aliassime but lost to Casper Ruud.

Novak Djokovic has played at this level many times throughout his career. Taylor Fritz is playing in this tournament for the first time. The winner of this match will be the one who can absorb pressure better and still can give a brilliant performance on the court. This is one lip-smacking encounter.

Prediction: Novak Djokovic will win this match in straight sets.

Also Read: Ash Barty confirms her presence for the 2023 Australian Open, saying “I was always going to come back”