Coco Gauff is aware of the power hitting abilities of her opponent Jelena Ostapenko in the pre quarter-finals of the Australian Open 2023. 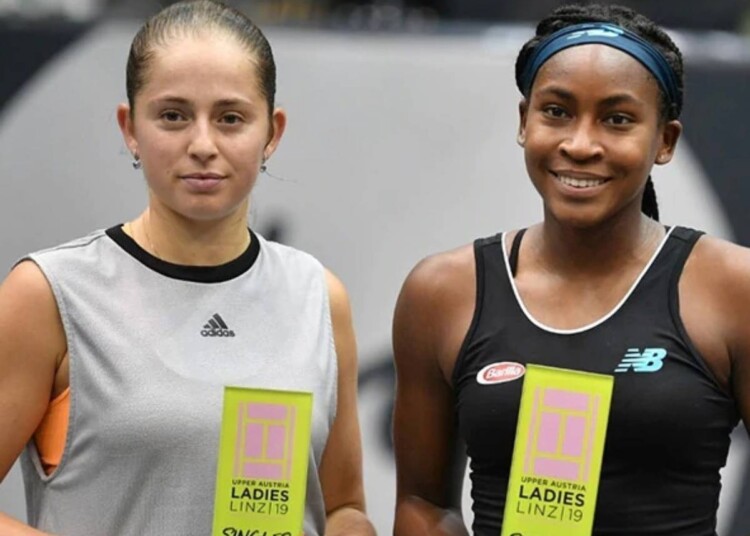 American World No.7 Coco Gauff is through to the pre-quarter-finals of the Australian Open 2023. She defeated compatriot Bernarda Pera in the third round 6-3, 6-2. Gauff had played brilliantly throughout the tournament but she has a more challenging Jelena Ostapenko waiting in the next round. The Latvian World No.17 booked her spot for the encounter with the American after destroying the Ukrainian Kateryna Baindl in straights: 6-3, 6-0.

Coco Gaff is fully aware of the challenge she has ahead of her. She opened up about the difficulties of playing against a power hitter like Ostapenko in the press conference, after the third round, “I think it depends on the day, really. With a power hitter, sometimes she’s just over the top and there’s nothing you can do. I think it depends on the day. I think Emma was playing, towards the end of the game, was playing like a power hitter, and then Bernarda today.”

She continued on how playing against her previous round opponents is expected to help her in the next round, “It’s definitely something I’m getting used to in these last two games. I think in the past I would say I’ve probably struggled with power hitters. I played against Siniakova who is quite creative, she has a lot of unique moves. She also knows how to hit the ball. I don’t really know which one I prefer.”

Coco Gauff is in blistering form, yet to lose a set this season

The American 18-year-old Coco Gauff is looking in red hot form this season. After winning the ASB Classic in Auckland, she is through to the fourth round without losing a set. These stats definitely make her one of the favorites at the Australian Open 2023. Without doubt, she will start as favorite against Jelena Ostapenko in the pre-quarterfinals.

As Gauff mentioned in her press conference, the power-hitting strategy of the Latvian can give her a tough time on the court. The odds are largely in favor of the American wunderkind. These two have met once before. It was in the final of the Linz Open 2019 and the American was able to win 6-3, 1-6, 6-2.

Coco Gauff’s best result in the Australian Open was her pre-quarterfinals appearance in 2020. It was her debut Australian Open. She was knocked out in the second round and first round here in 2021 and 2022 respectively. The American will try everything to get past the Latvian to book a place in the quarter-finals of the Australian Open for the first time. She has experience of playing Grand Slam quarterfinals twice. Once each in the French Open 2021 and US Open 2022.

“The serve was bothering me a bit,” Daniil Medvedev reveals weird injury issue in defeat against Sebastian Korda at Australian Open 2023

“He goes out when he wants to,” John McEnroe backs Rafael Nadal to retire on his own terms