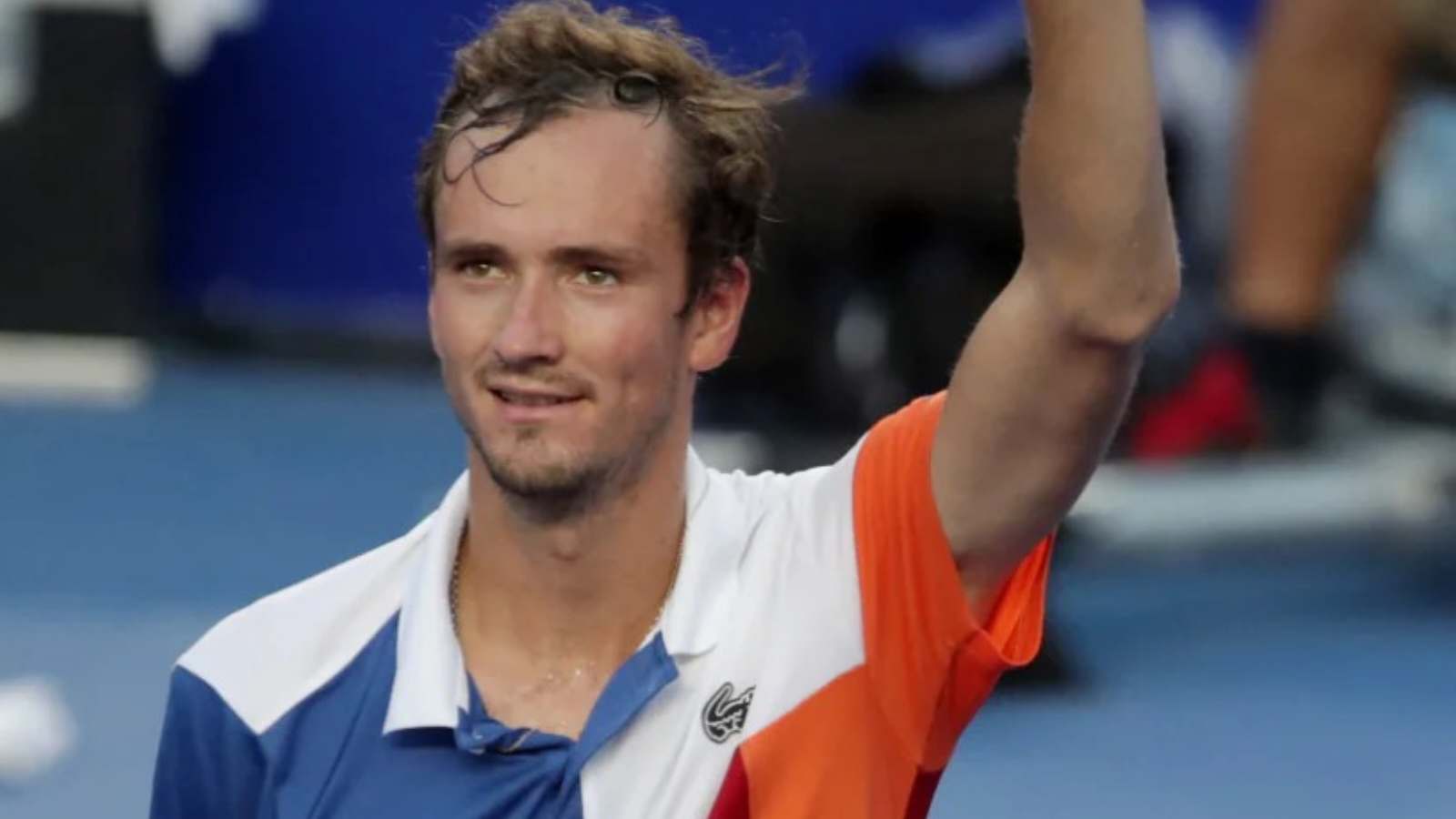 Russian tennis player Daniil Medvedev was in sublime form in 2022 as he won three ATP singles titles. That’s not all, the tennis professional even bagged the first Grand Slam of his career, i.e., the US Open. He also played in the final of the Australian Open and ATP Finals tournaments and helped Team Europe to win the 2021 Laver Cup. He led Russia to win both the ATP Cup and Davis Cup titles.

He entered the 2022 season with high hopes and expectations. He also started the year on a positive note by reaching the final of the Australian Open 2022. He failed again to win the title, this time to Rafael Nadal. But he got the No.1 ranking in the ATP rankings. This season too looked like would be as high yielding as the last season for the Russian.

However, he suddenly announced that he would miss a few tournaments played on clay surfaces due to a hernia procedure that is required to be done. He also lost matches in the opening rounds of the few tournaments before this. His form also deteriorated on the court after his comeback. In a recent interview, he admitted that he did not play and behaved as well as he should have on the court.

“The only thing I want to expect from myself and then show the fans is the best version of myself. I want to play good tennis in 2023. There have been times this season where I was kind of not on the court myself. Something was missing. Something was wrong. Which is normal in everyone’s careers and seasons. Sometimes certain times are better than others. But I want to try to be better next year. And I want to try it: show my best level every time,” he said.

After a disappointing 2022 season, the Russian wants to kickstart his 2023 season with his best version. He wants to perform well in the next season and give something to his fans to cheer about.

Also Read: “I hope I can experience it before I die,” Casper Ruud desperate for Norway’s qualification for the FIFA World Cup

Challenges before Daniil Medvedev in the upcoming season

Daniil Medvedev won two ATP singles titles this year. This includes the Los Cabos Open and Vienna Open. But he was not able to win any major tournament. He did participate in the 2022 ATP Finals at the end of the year. But he could not win a single match in the tournament. He lost all his group-stage matches against Stefanos Tsitsipas, Novak Djokovic, and Andrey Rublev.

The challenges are plenty for him next season. He will have to face the greats Novak Djokovic and Rafael Nadal throughout the season. He will also take on his contemporaries such as Alexander Zverev, Stefanos Tsitsipas, and Casper Ruud who unlike him had a great season. But the biggest challenge would be coming in from Carlos Alcaraz and Holger Rune who both have won big tournaments this year.

The Russian has tasted success before. He knows how to win big tournaments. He is just lacking the vigor and the ability to press on important occasions to seal the deal. He needs to work with his coach to correct the mistakes of the past season and play with new energy and zeal in the next season.