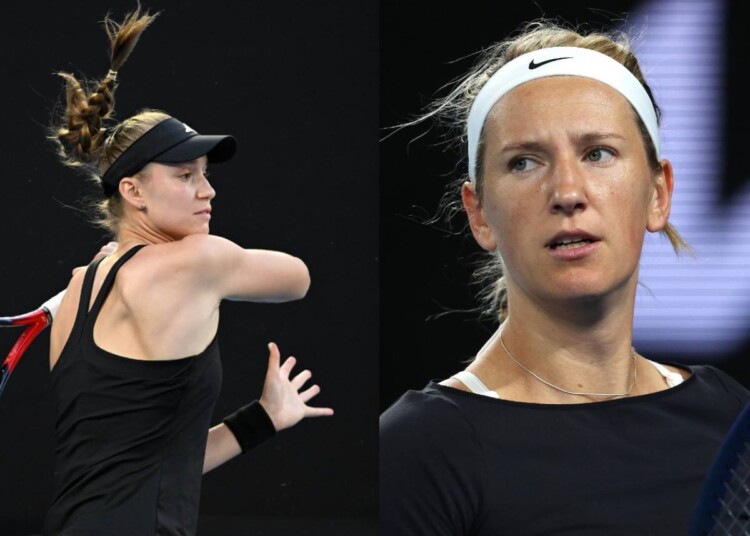 The 22nd seed, Elena Rybakina, wins the semifinal against former world No. 1, Victoria Azarenka, and reaches the finals of the AO in 2023. It was a disappointing match for Vika, as she made more unforced errors and fewer winners than Elena. The reigning Wimbledon champion was amazing in the match with her fine aces.

However, the dream of another Grand Slam title for the 33-year-old is shattered. Although she lost in today’s match, it was a pretty good tournament for her overall. Rybakina troubled Vika with her sharp serves and won the match in straight sets. The match ended in less than two hours, and the score was 7-6 (7-4), 6-3.

Just like in the rest of the tournament, Elena’s strength came from her aces. Even Vika couldn’t return that pacey 180 kph serves from the 23-year-old. However, the first set was very close, as Azarenka kept changing ends during the rallies. Elena broke Vika’s serve five times, while Vika broke Elena’s serve three times in the match.

This will be just the second final in Elena’s career after her famous win at last year’s Wimbledon championship. Vika couldn’t keep up the same momentum in the second set and made many errors. Unfortunately, Vika’s dream of winning another title after 10 years comes to an end. Rybakina became the first female player to defeat three former Grand Slam champions to reach the final of a Grand Slam. They are Iga, Jelena, and Vika.

Related: “You have done everything possible,” Roger Federer’s former agent questioned him on making a comeback

The semifinal also saw the presence of the legendary “Original Nine” watching the match. In the post-match on-court interview, Elena thanked them for everything they have done for women’s tennis. The Kazakhstani will be full of confidence going into the finals. Throughout the tournament, she was hardly troubled by other players.

Elena just lost one set on the whole to reach the finals and she has some big wins including names like Iga Swiatek, Jelena Ostapenko, and Danielle Collins. All these three players are seeded higher than Elena in the Australian Open, and yet she defeated them in successive matches. However, fans anticipated that Vika would put breaks on her journey with the experience she has. Elena, on the other hand, gave the Belarussian no chance.

Elena Rybakina, who now has a place in the finals, will play the winner of Aryna Sabalenka and Magda Linette. All in all, it will be a much more interesting final as Elena looks to make another finals appearance count as a winner.

“Your father supports Russian Fascists?” Novak Djokovic faces wrath of fans after his father Srdjan was seen at pro-Russian demonstration at the Australian Open