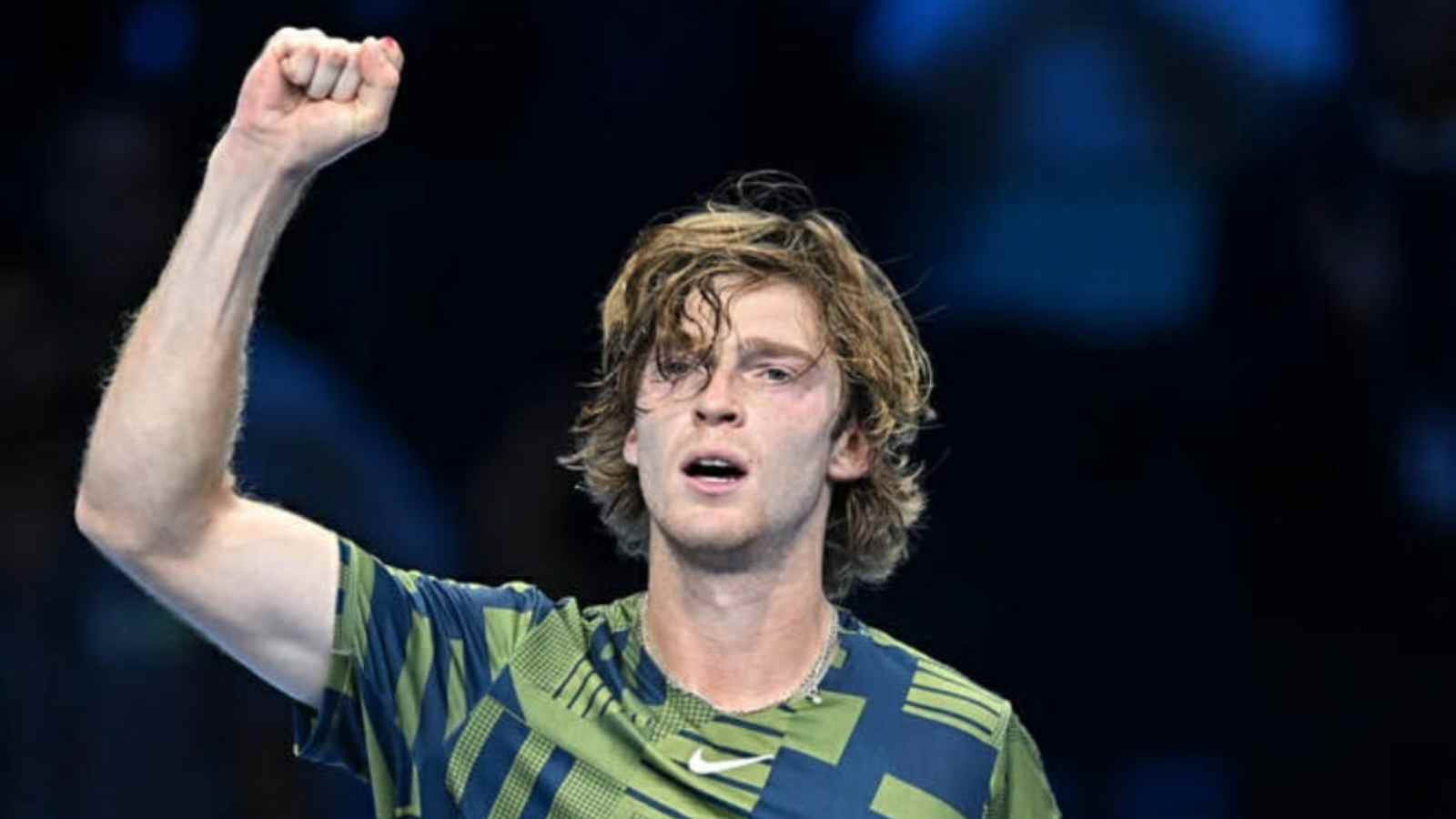 Andrey Rublev registered a remarkable win of his career at the 2022 ATP Finals round-robin stage. He went on to defeat his compatriot Daniil Medvedev in three sets to start his campaign on a positive note in his opener match. He lost the first set 6-7(7) but held his nerves and turned out victorious to win the match ultimately.

Rublev is the only player of the deadly Red Group who isn’t a champion of the tournament among the other three players Novak Djokovic, Stefanos Tsitsipas, and Daniil Medvedev. It was his third consecutive appearance at the Year-end Championship but hasn’t edged past the group stage ever.

Andrey Rublev faced two break points but lost one of them in the opening set. He was leading in the first set tiebreaker 6-2 but soon missed seven set points and handed the dominance to the 2021 US Open champion by losing the first set in the tie-breaker. He was brilliant on his comeback in the second and third sets and nailed his performance.

There were incredible rallies throughout the match that tested each other skills, especially in the third set tie-breaker. One of them was when the tie-breaker started with an incredible 38-shot rally which was eventually won by Andrey Rublev to hand him the lead. Now with the win, he leads the Red Group with a slight edge to make it to the semifinals.

Also Read: “Copied his brutal forehand when I was younger” Holger Rune hails ‘idol’ Andrey Rublev after stunning him at the 2022 Paris Masters

The Russians engaged in a nail-biting match where both played exceptional tennis but World No 8 finally beat former World No 1 in two hours and 30 minutes. With the remarkable win over a former ATP Finals champion, people on social media appreciated Rublev for holding his nerves through crunch moments and coming out victorious. He won 114 points when compared to Medvedev‘s 107, which shows how close the contest was and could have gone both ways.

Sharing from the wide spectrum of online reactions, here are some of them:

This was the sixth head-to-head against each other where the 25-year-old won his last two encounters despite their record standing at 4-2 with Medvedev having the upper hand. The 12-time ATP titles winner was remarkable in his service games winning 83% of his first serve points with fewer unforced errors than Medvedev. It was his 17th win against a Top 10 player and has still two matches to go to book his place in the Final Four for the very first time in the history of the tournament.

Also Read: “How can Holger Rune not have a head” Alex Corretja questions the youngster’s critics, justifies the Dane’s talent by taking the Paris Masters title as an example