“It was unexpected,” Justine Henin picks Rafael Nadal’s 2022 Australian Open victory as the Most memorable moment of the season 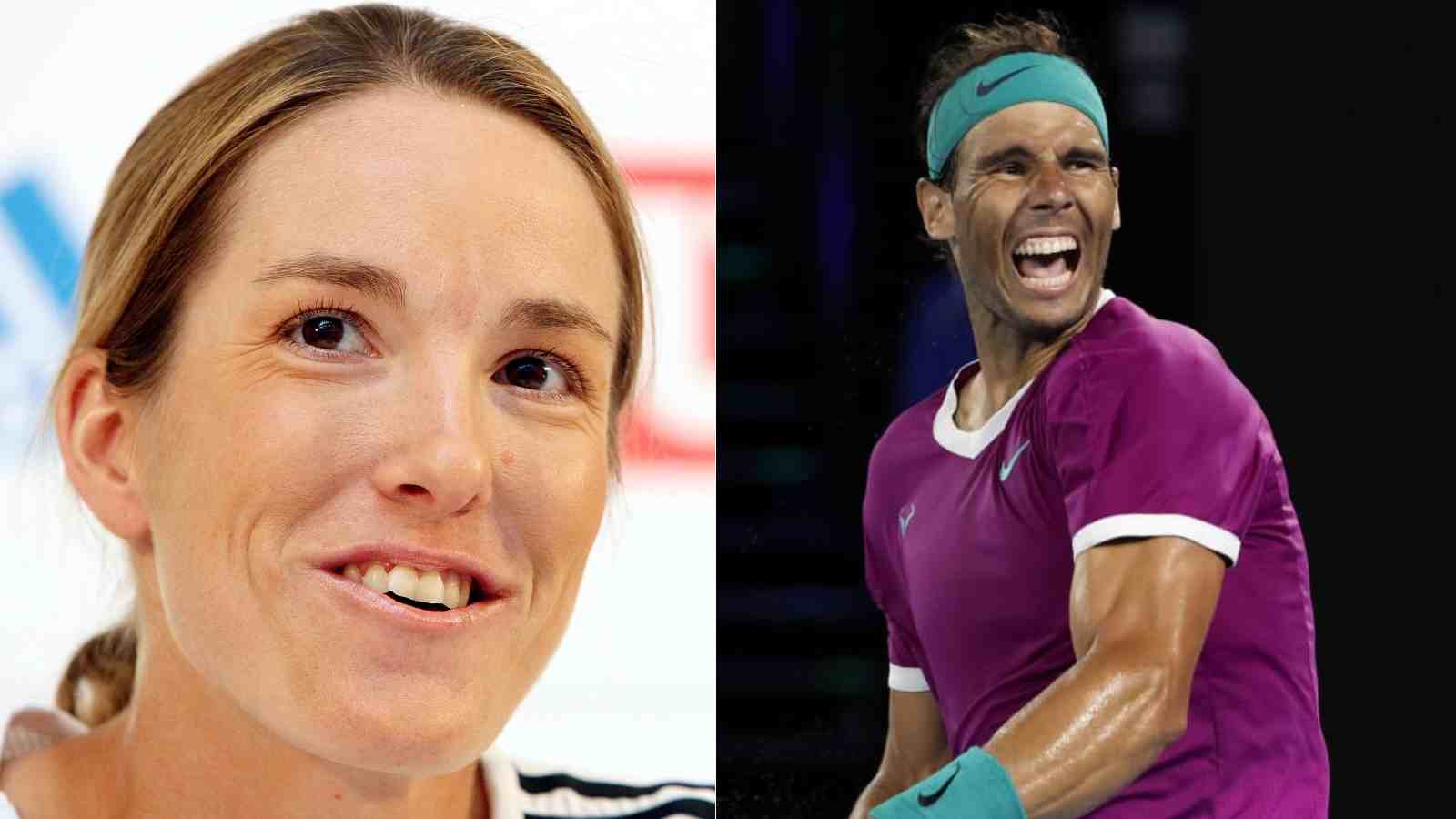 The win in Australia was extra special for the Spaniard as he bagged this title after losing 3 finals previously after his first triumph in 2009. The Belgian was in the commentary box during the historic match for Eurosport and she recalled the emotions she had that special night in a recent interview.

As quoted by Henin, “The year has been intense but I would remember Nadal’s victory at the Australian Open. I had the chance to comment on this grand finale. It marked me because Rafa was coming from very far away, we didn’t know if he could play in Australia, then little by little, a magic happened“.

Continuing the train of thought, Henin described what made her feel Nadal’s victory more special. She touched upon the months of Nadal’s absence from the court before the tournament and with less preparation, how he was able to produce the magic. She also spoke about the body language of the Spanish legend in the finals against Daniil Medvedev even when he was trailing two sets back.

As Quoted by her, “His abnegation also marked me. He trailed by two sets and 0–40 on his serve in the third set. On the first point of the third set, we heard him shout ‘Vamos!’. He was hanging on like it was 5–5 in the 5th set. I could never get tired of this attitude. It was a real fight, a very emotional moment to see him win again in Melbourne. It was unexpected. We couldn’t imagine Rafa taking us that way to Melbourne.” (Source: We love Tennis, translated via google)

Through this win, Nadal had become only the second men’s player in the open era to win Double Career Grand Slam (winning each slam at least twice) after Novak Djokovic. He also became the first player even in men’s history to win 21 Grand Slams on the same day.

Apart from becoming a father for the first, Rafael Nadal has had an incredible season winning two majors, including the redemption in Melbourne after waiting for 13 years. The Australian Open run itself is enough to make the season remarkable for Rafael Nadal and his fans. This was added by a 14th crown in Roland Garros.

However, he had to withdraw from the Wimbledon semi-finals due to an abdomen injury. Nadal’s abdomen tear is still not completely healed, as is clear from the shocking loss to Frances Tiafoe in the Pre-Quarter Final of the US Open. He played the tournament with a changed serving motion to save his abdomen from further tears but didn’t work out quite well.

After 4 consecutive losses, starting with the US Open defeat, the Spaniard was finally back on the winning notes in the final round-robin match of the ATP finals against Casper Ruud. The Tennis world is looking forward to seeing how Rafael Nadal will cope next year with young guns ready to battle it out and, of course, his good old friend Novak Djokovic.

Also Read: “It’s not just about lifting trophies,” Jannik Sinner’s manager reveals what qualities of the Italian make him a ‘blessing’ for marketers