Novak Djokovic makes his stance clear on Daniil Medvedev and Co. continuing to getting banned on Tour 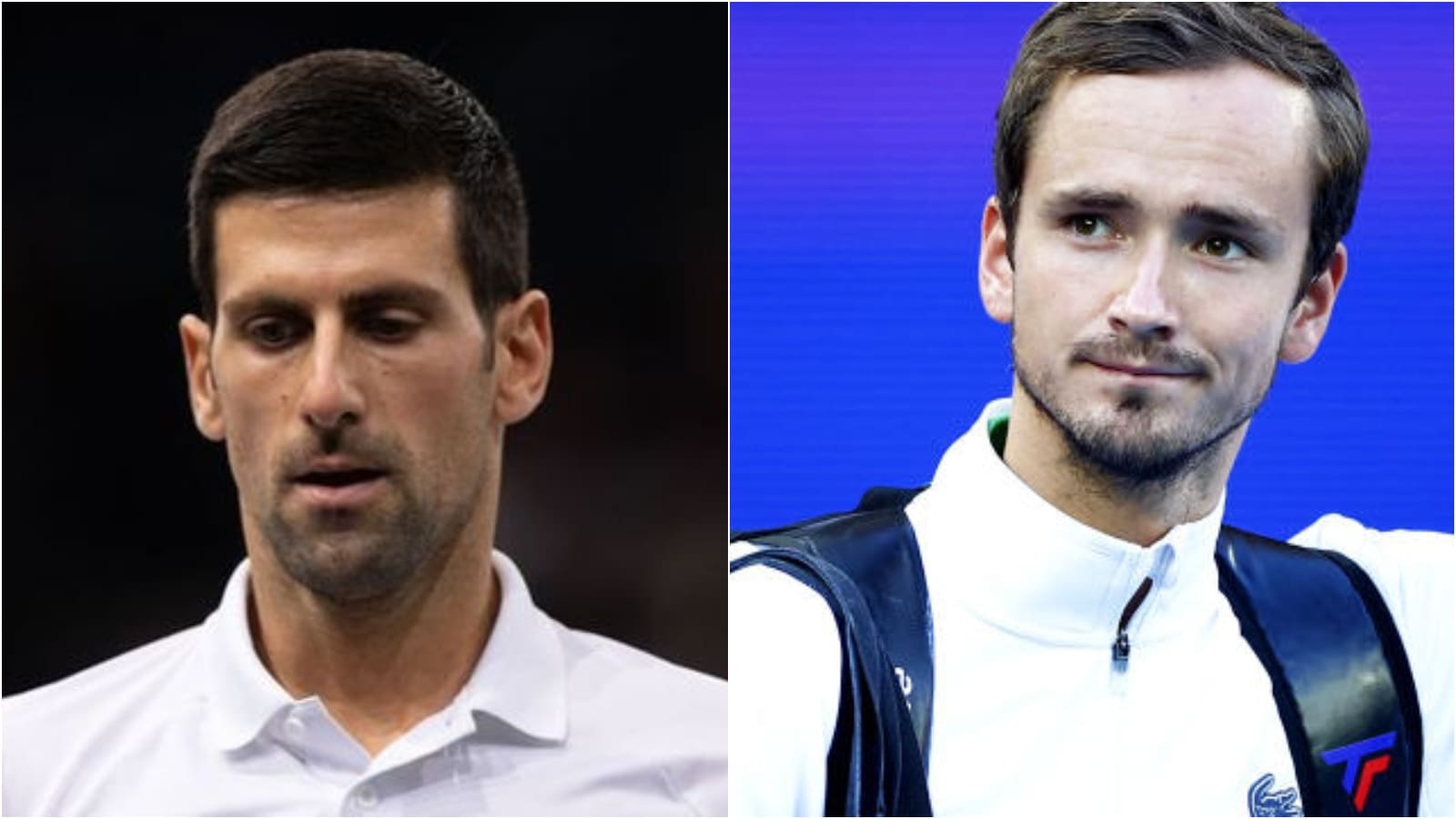 Novak Djokovic is back on Australian soil to start his 2023 season. The 21-time Grand Slam champion started his season at the 2023 Adelaide International. He signed up for doubles as well partnering with fellow PTPA founder Vasek Pospisil. The pair however lost in three sets to the team of Tomislav Brkic and Gonzalo Escobar.

In singles, there was no stopping the Serbian great as he overpowered Constant Lestienne in straight sets. As he stays in the spotlight owing to his deportation last year, press conferences are not easy for the nine-time Australian Open winner. Following his win over Lestienne, he was asked about the ban on Russians and Belarusians which continues as the Russia-Ukraine war continues for more than 10 months.

Djokovic was asked about the ban which has come in limelight once again following Aryna Sabalenka and Daniil Medvedev‘s comments. Nole was straight-forward in answering the question which was put forth using Medvedev’s name, one of Djokovic’s close rivals lately.

“Of course, of course, absolutely. I hope he and other Russian, Belarusian players will be able to play everywhere,” said Djokovic making his stance clear on the whole episode. Despite the sanctions on Wimbledon and LTA by both ATP and WTA Tour, players from Belarus and Russia are still not welcome to play in the UK and in other team events such as the United Cup and Davis Cup.

Related: “Supporting her journey, like she did mine,” Chris Evert, Billie Jean King, and others send their prayers for Martina Navratilova after she was diagnosed with cancer

With the majority of action happening in Australia right now, all eyes are on tennis Down Under. Novak Djokovic’s return was the subject of huge debate last year. All is well this time around as he received a rousing reception and the player admitted having no bitter feelings at all.

The Serb had a straight-set win but Daniil Medvedev had a tricky test. The 2021 US Open winner was up against Lorenzo Sonego in his season opener. The Italian gave a tough fight but failed to capitalize on his advantage as the Russian saved nine set points. With many hoping for another tight set, Sonego’s injury brought an anti-climatic end to the match. Just after three games in the second set, Sonego had to hand a walkover as Medvedev progressed.

The third-seeded Medvedev will now be taking on Miomir Kecmanovic in the Round of 16. As for Djokovic, he will clash against Quentin Halys. A win for each of the two former world no. 1 players would bring them closer to their 13th meeting. Of the 12 meetings so far, Djokovic has won eight while Medvedev clinched the other four.

Related: “Playing for nothing,” Rafael Nadal flags a drawback in the United Cup format