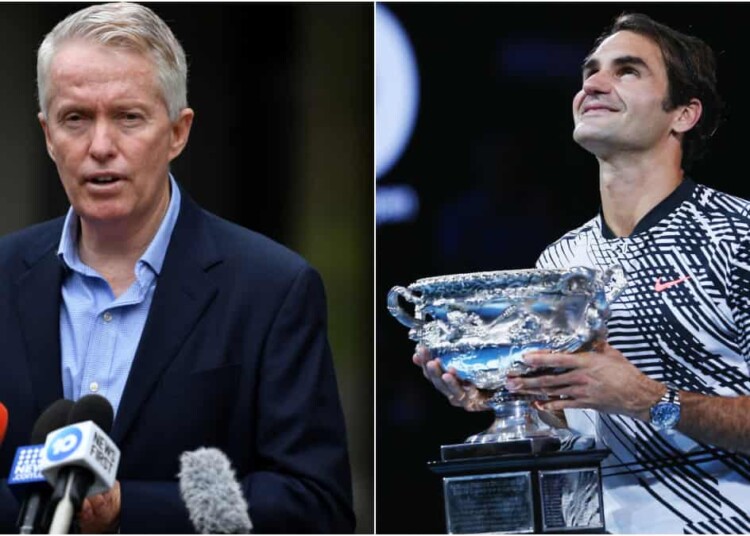 Roger Federer‘s injury in the 2016 season was seen by many as career-ending. The then former World No. 1 had re-injured his knee during his semi-final defeat at the 2016 Wimbledon Championships. The injury forced him to withdraw from the remainder of the season and many feared he would not return to his supreme level.

As a result of his long absence, Federer dropped to World No. 16 in the rankings. Going into the 2017 season, Federer did not sign up for any Tour event other than the 2017 Hopman Cup. He directly started at the 2017 Australian Open seeded 17th and not many gave him a chance for a deep run into the draw, let alone win the title.

After a rusty four-set win in the first round, Federer reached the fourth round without dropping another set. Kei Nishikori put up a brave fight in the Round of 16 but the former World No. 1 survived a five-set thriller.

He was on cruise mode in the quarter-finals with a straight-set win over Mischa Zverev. Up next was compatriot Stan Wawrinka, dispatched in a thrilling five-setter. As he prepared for the final, doubts were raised about whether the surface was modified to suit Federer.

Related: Tennis Australia justifies its decision to not ban Russian and Belarusian players amidst the request to follow Wimbledon suite

The final was set between Roger Federer and Rafael Nadal as the two prepared for another battle. Craig Tiley, Tennis Australia’s head, did not however sit back and went on to give further details on the preparation of the surface at Melbourne Park.

“We did nothing different by design because each year we tell California Products, the company out of the US, to lay the same court as exactly the previous year. How courts work on their speed is that when you resurface them, they take a few weeks to slowly increase (speed) and then they hit a plateau and they stay at that plateau for months.

“So we resurface all the courts every year. We resurface them in October, November, and December and I think what happened with the show courts – maybe Rod Laver – is that they were done a little earlier. So at the end of the tournament last year, it was the same speed as the beginning of the tournament this year. All the courts. We’re a medium to fast surface. We always have been in that range. We’re still in that range. So the range hasn’t changed,” added Tiley further.

Related: “He played a like Top 10,” Novak Djokovic makes a brilliant comeback against Quentin Halys to make the quarter-finals in Adelaide