Iga Swiatek quickly became a subject of online ridicule following her loss against Elena Rybakina in the Australian Open fourth round. 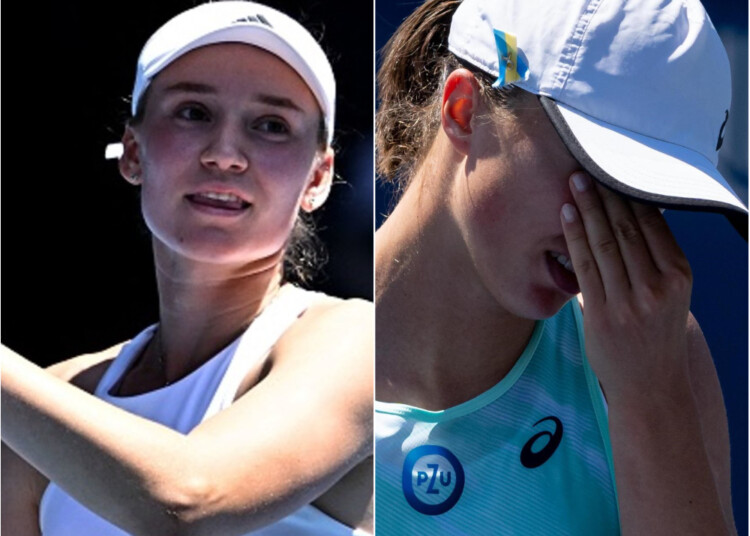 World No. 1 Iga Swiatek crashed out of the 2023 Australian Open after a fourth-round match. The Polish star and the overwhelming favorite for the title fell short of Elena Rybankina and lost in straight sets. Before the start of the game, all the eyes were on Swiatek but the unexpected loss has turned her fans, some of them if not all, against her.

Though everyone was surprised by the outcome using the word ‘upset’ here will not do justice to the Kazakh as she is the reigning Wimbledon champion and has proven her worth repeatedly in the past few months. Continuing the stunning show of attacking skills, Rybakina started aggressively against Swiatek.

Throughout the match, Rybakina put up an excellent performance winning the first set 6-4. World No. 1 Swiatek broke early in the second set to take a 3-0 lead, but her advantage fizzled out soon as Rybakina broke back to close out an imposing 6-4 6-4 win.

Fans turn against Iga Swiatek after her fourth-set loss

The three-time Grand Slam champion Switeak won all her first three matches ruthlessly without even dropping a set. In the third round match, she served a breadstick (6-0, 6-1) to Spanish qualifier Cristina Bucsa. Rybakina on the other hand faced a tough challenge against Danielle Collins before emerging victorious eventually. The loss to Rybakina breaks Swiatek’s 10-match Grand Slam winning streak.

Ahead of the clash with Rybakina, the 21-year-old sounded very confident. All the fans and tennis pundits too were on the Pole’s side. But right after Rybakina’s win some of the fans turned against her.

“Realize that you are not immortal,” one of the social media users wrote. “Not surprised at all,” wrote another. Here are some interesting tweets.

“I can do some damage,” Andy Murray confident of making deeper runs in future Grand Slams despite early exit at 2023 Australian Open