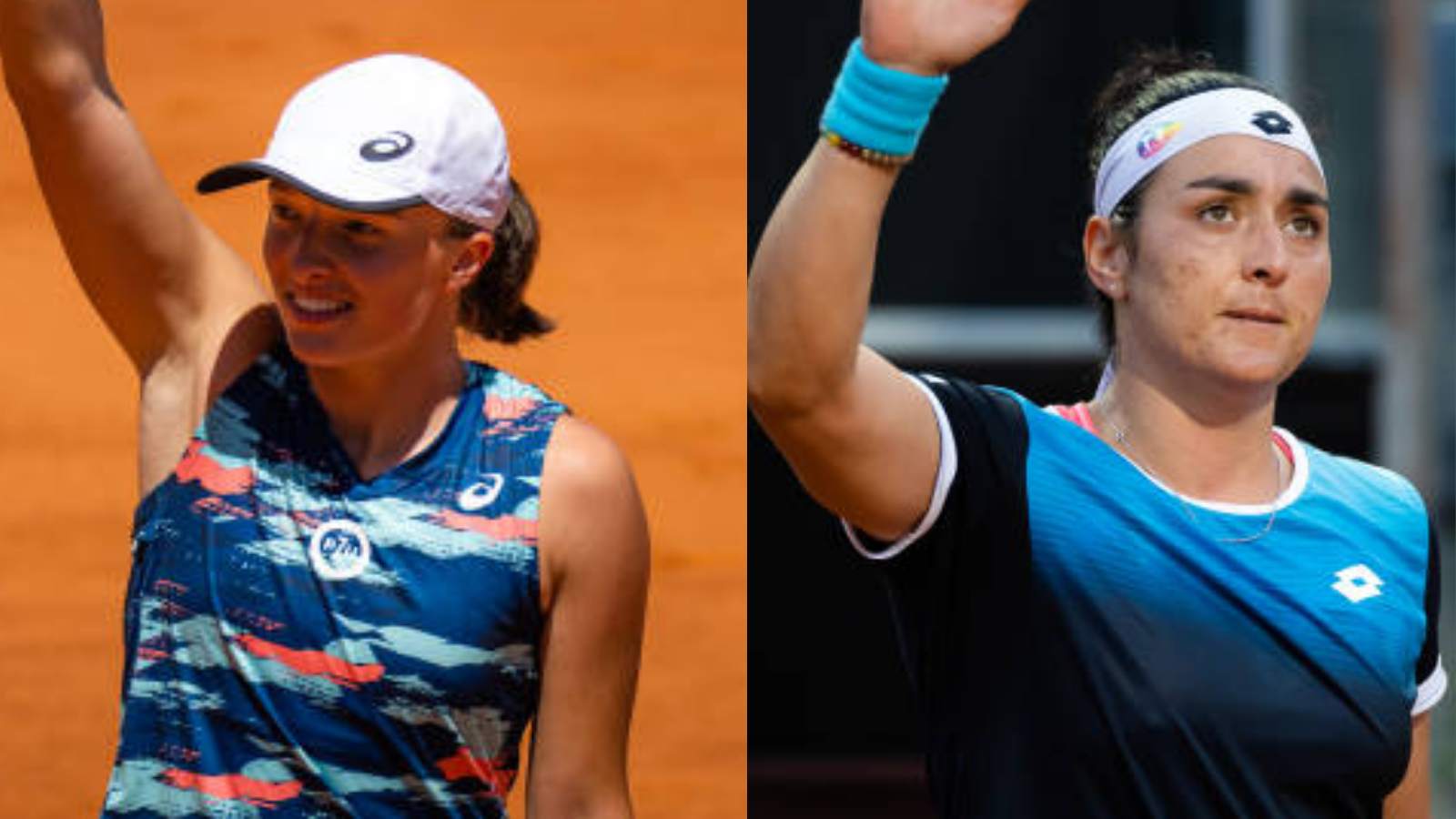 2020 French Open champion Iga Swiatek will be up against Madrid Open champion Ons Jabeur in the Final of the 2022 Italian Open. Swiatek is ranked No.1 in the world while Jabeur is the World No.7.

Iga Swiatek currently leads the WTA Race and has shown consistency and dominance on the women’s tour that was unheard of in recent times. She started her season in Melbourne with a semifinal outing at the Australian Open and then won her second WTA 1000 title of her career at Doha. There is no stopping Iga ever since. She then completed the Sunshine Double- winning titles at Indian Wells and Miami- making it a hat-trick of WTA 1000 titles. She then won the Stuttgart Open on clay, her 4th consecutive title.

This week in Rome, she has been as dominant as ever and has opened her bakery, serving either a breadstick or bagel in each of her matches. She defeated the likes of Elena-Gabriela Ruse and Victoria Azarenka in the opening rounds before blasting past Bianca Andreescu in the quarterfinal. She then eased past Aryna Sabalenka in the semifinal in straight sets 6-2,6-1 to reach the final.

Ons Jabeur has been the most talked about player this clay season. She started her season in the Middle-Eastern leg with a couple of quarterfinal outings at Dubai and Doha but underperformed in the Golden Swing. She started her clay season in Charleston where she made it to the final. She then reached the quarterfinal of the Stuttgart Open and backed it up with her maiden WTA 1000 title triumph at Madrid.

In Rome this week, she breezed past Sorana Cirstea, Ajla Tomljanovic, and Yulia Putintseva in the initial rounds and then showed immense fighting spirit to beat Maria Sakkari in the quarterfinal. She then clutched past Daria Kasatkina in the semifinal in three sets 6-4,1-6,7-5 to book a date with Swiatek.

This will be the 4th meeting between the duo. Jabeur leads the H2H 2-1. They last met at Cincinnati last year where Jabeur won in straight sets.

This will be a battle of two players who are riding on massive winning streaks. Swiatek is currently on a 27-match winning streak while Jabeur has won 11 matches in a row. Both players have won the previous tournaments they’ve played and rightly so, one streak will be snapped. Swiatek will go in as the favorite due to the sheer dominance she has shown in the last few months but Jabeur fighting spirit is probably the best on the women’s tour. Expect a very tight match between two very aggressive players with Swiatek winning her 5th consecutive WTA title of the season.

Also Read: “I feel like I’m getting better and better” Iga Swiatek confident about a dominating run at the upcoming French Open 2022