Denis Shapovalov has created one of the upsets of the tournament so far, after he defeated the German, Alexander Zverev in straight sets in the fourth round of Australian Open 2022. Shapovalov won 6-3, 7-6, 6-3 and proved too much to handle for the Canadian.

Denis Shapovalov started the game in a dominating manner, winning the first 6-3. From then, it was no looking back for the youngster, as he outplayed the German in all departments. Zverev was in tremendous form in leading up to the fourth round, as he won all his matches in straight sets.

Both players did not serve well during the game, as the total double faults amounted to 19. Zverev served 11 double faults, whereas, Shapovalov served 8 of them. There were only six aces in the whole encounter, three on each side.

Also Read: ‘I panicked and missed my chances,’ Felix Auger Aliassime hands Dan Evans a humbling defeat in round three of Australian Open 2022

Next up for Denis Shapovalov will be a mouth-watering clash against Rafael Nadal in the quarterfinals on Tuesday. Shapovalov has made it a habit of reaching latter rounds of a Grandslam tournament, as he also made it to the semifinals of Wimbledon last year.

Denis Shapovalov had a first serve win percentage of about 60%, whereas, Alexander Zverev won about 75% points on first serve. The Canadian converted most of his break point opportunities. On the other hand, Zverev converted 2 of his 5 break point opportunities. Shapovalov was terrific on his second serve, as he won about 66% of points on second serve. 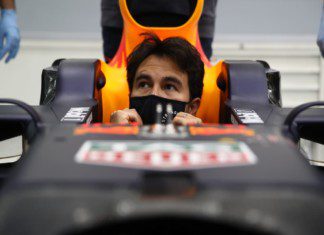