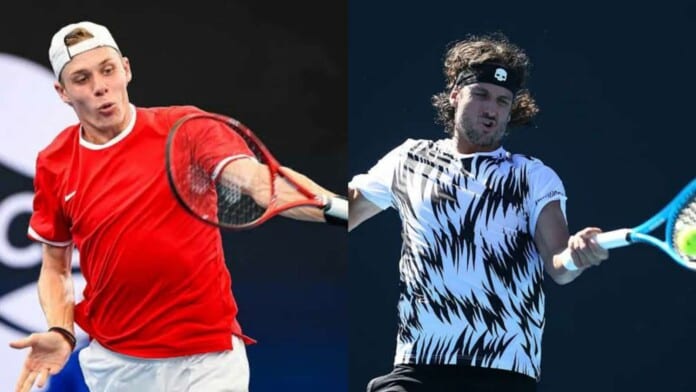 1st-seed Denis Shapovalov will be returning to the Tour after overcoming a lingering shoulder injury to take on veteran Feliciano Lopez in a second round contest at the ATP 250 Stuttgart Open 2021. Shapovalov will look to return to his best of form as soon as possible as the Wimbledon is really near, beginning from 28th June.

Shapovalov has got a bye in the opening round in Stuttgart. The 22-year old Canadian’s last major tournament was the ATP Geneva Open 2021, where he lost in the final in straight sets to Casper Ruud 6-7, 4-6. Since then, the World No.14 has been sidelined due to the shoulder injury, which even forced him to withdraw from the French Open 2021.

On the other hand, Lopez started the proceedings in fine fashion by outclassing Alexei Popyrin 6-4, 6-4 in the first round. The 39-year old Spaniard came a cropper at Roland Garros as he failed to even cross the first hurdle, losing out to Federico Coria in straight sets 3-6, 6-7, 2-6.

Their meeting at the Mercedes Cup will be their first, as the two players are yet to face each other on the ATP circuit. So the head-to-head record currently stands deadlocked at 0-0.

It is safe to say that at 39, Lopez is not getting any younger and the retirement is coming sooner than later. Being in the twilight of career and still well inside the top-100 is a commendable effort for Spaniard and he can now play full throttle in whichever tournament he participates. Moreover, it may be a fierce battle as it is rare in tennis to see two left-handers playing against each other in the same match. Nevertheless, Shapovalov should emerge victorious in this encounter, assuming that he has fully recovered from his troubling shoulder niggle.