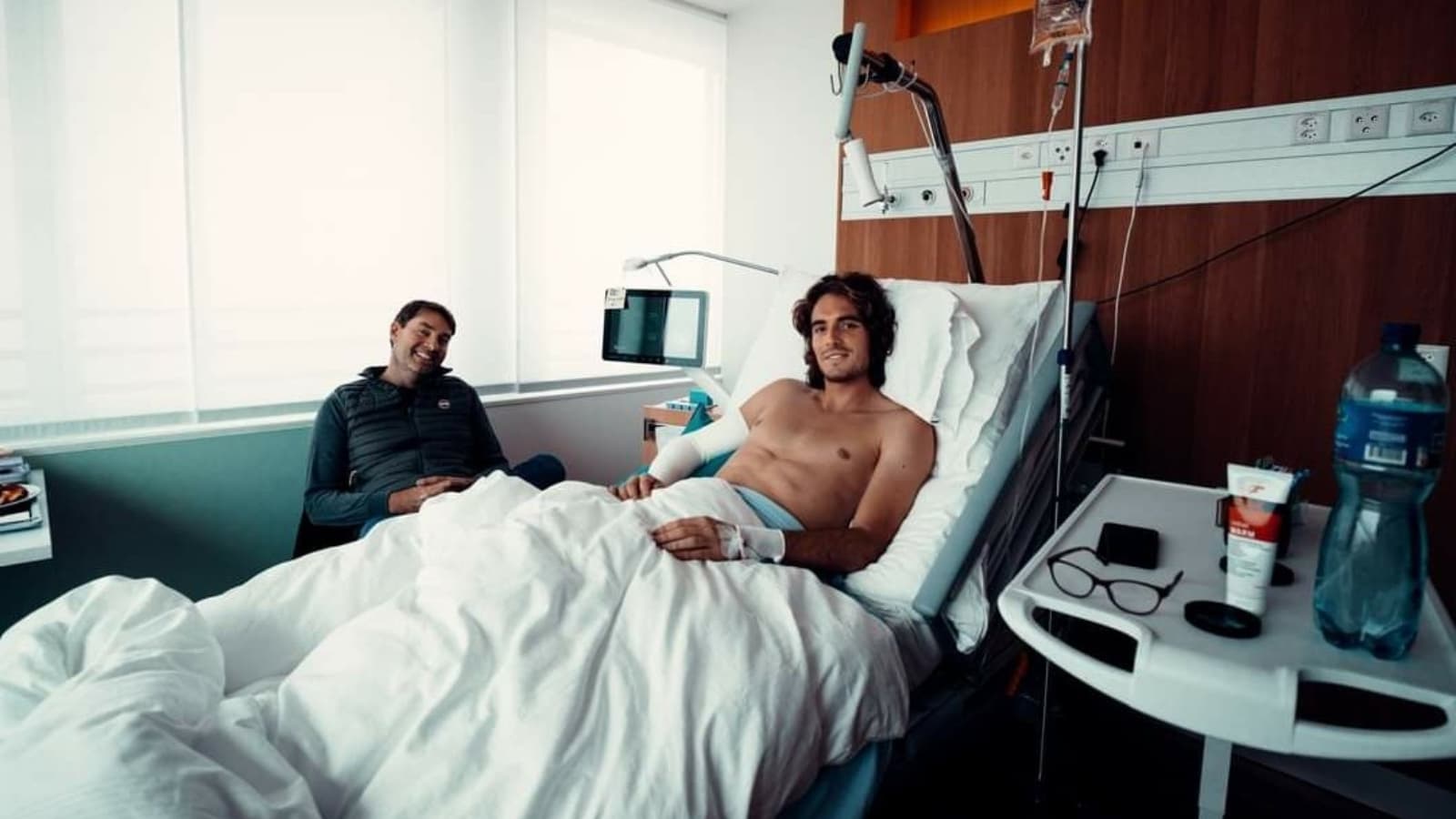 World no. 4 Stefanos Tsitsipas has undergone a surgery on his right elbow in Switzerland. The injury had been giving him grief for a while, and had forced him to retire from the ATP Finals, an event he had won in 2019. He has a 55-19 win-loss record this season. He won titles at Monte-Carlo and Lyon and made it to the finals of Acapulco, Barcelona, and Roland Garros

Stefanos Tsitsipas was seeded fourth in the 2021 ATP Finals, which took place in Turin, Italy. He was a part of the Green group, along with Novak Djokovic, Andy Rublev, and Casper Rudd. In his first group stage match, Tsitsipas faced Rublev, who defeated him in straight sets. He pulled out of the tournament before his next match (against Casper Ruud). Of the unexpected turn of events, Tsitsipas had said “Not a way I would have expected to end this season. Tough to wrap my head around it”; but had promised his fans of a ‘roaring‘ and ‘fighting‘ comeback.

“Focused on a happier and healthier future” – Stefanos Tsitsipas

The Greek star took to social media to update his fans about his surgery, and said that he will play at Dubai in 2 weeks time and then focus on Australian Open.

He added a picture of himself on the hospital bed, with his arm bandaged. It was captioned “Things often get tougher before they get easier but with each struggle we get an opportunity to create our own unique story. Some days life is all about your dreams, hopes and visions for the future. There are also days where life is just about putting one foot in front of the other and that’s okay too. To all the fans, thank you for your continuous support and encouragement. Focused on a healthier and happier future. Next stop, pre-season in Dubai two weeks from now and then looking forwards to Australia.”

Also read: “My hands were shaking and sweating” : What Naomi Osaka has to say about being the Olympic games’ final torch-bearer