With the 2022 year upon the entire world, it is time to review the 2021 season in the tennis world when the top athletes played their heart out on the court during the different events that were held across the globe.

On the ATP Tour, Novak Djokovic was the most successful player in Slam events winning 3 Grand Slam titles while Alexander Zverev finished with 6 titles to his name including the Gold Medal at the Tokyo Olympics and the ATP Finals. On the WTA Tour, all 4 Slams had different winners. At the Olympics, Belinda Bencic won the singles Gold medal while Garbine Muguruza won the WTA Finals.

Tennis players are often one of the richest athletes given their brand endorsements and sponsorship deals given the individuality of the sport. These added with the appearance fees at the tournaments, tennis players generate quite a lot of wealth.

Below are the Top-10 highest-paid tennis players in the 2021 year:

Roger Federer and Naomi Osaka lead the list for men and women despite playing the fewest matches due to their respective health issues. But given their global following, their sponsorship and endorsement deals have earned them more than World No. 1 Novak Djokovic (ATP) and Ash Barty (WTA).

Also Read: “Garbine Muguruza is the leading candidate among those multi-major winners in 2022” Pam Shriver and Martina Navratilova rooting for Muguruza 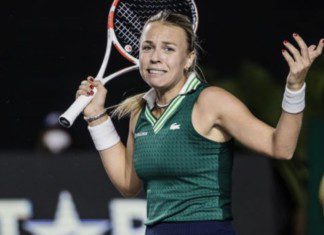