Novak Djokovic after a long fight against the Australian authorities finally made his into the Australian Open 2022. The Serb was denied entry into Australia at first and his VISA was cancelled. Djokovic decided to fight the issue in court and won the case.

However, the world No.1 is still being pestered by the people for playing the Australian Open unvaccinated. According to the them, the Serb shouldn’t be given special privileges just because he is the best player in the world.

Amidst this criticism the French Sport minister confirmed that Djokovic will be allowed to the play the French Open in May regardless of his vaccination status.

Although, Top Journalist Taylor Rooks criticized the French government for bending the rules just to support Djokovic. She criticized the French Open officials for having double standards. As the same authorities didn’t let Serena Williams play in a Catsuit, because, “One must respect the game and the place.”

Novak Djokovic after facing all the problems has finally been given permission to play at the Australian Open 2022. Still the fans are criticizing Djokovic for playing the tournament unvaccinated. It is estimated that Djokovic might be received by a very Hostile crowd at the Melbourne Park.

Amidst all these problems the french Sport minister Roxana Maracineanu gave Djokovic some good news. He said, “Novak Djokovic will be allowed to play in the French Open in May regardless of his COVID-19 vaccination status.”

However, people were quick to mention the special privileges that Djokovic was being given. Top Journalist Taylor Rooks was one of the first ones to call out the French Open for allowing Djokovic to play despite established rules.

Rooks also mentioned that this was the same tournament to bann Serena Williams for wearing a Catsuit while playing at the French Open. According to the authorities the grounds to bann Williams was that “One must respect the game and the place.”

Rooks wrote on her Twitter, “These concessions are quite the luxury. Being able to PLAY despite established rules….at the same tournament that banned Serena Williams catsuit saying ‘One must respect the game and the place.'”

She also pointed out the Sexist nature of the decisions made by the French Open. According to her, the following case was a clear example which shows that certain establish rules can only be bended or removed in the cases that involve a male player.

She wrote, “Moments like this show the clear bending of rules that tend to only bend for men.”

She might be right in her deduction because a trivial issue involving a players outfit was dealt in such a harsh way. On the other hand, an unvaccinated person is being allowed to enter the country which could cause a Covid outbreak.

Also Read: ‘Personal agreements do not give athlete the right to cross the border!’ Andrey Rublev takes a CHEEKY dig at Novak Djokovic, says he ‘regrets’ everyone is discussing such things instead of tennis 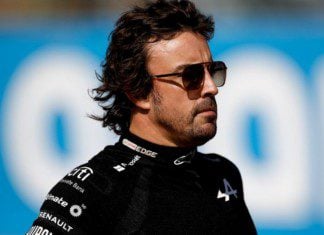 Manan Goel - May 12, 2022
Alpine's start to the 2022 season was promising. The car showed good pace, porpoising was under control, and the drivers were confident in their...