World No.7 Ons Jabeur will lock horns with Petra Kvitova in the round of 16 of the WTA Sydney Tennis Classic 2022 on Wednesday.

Ons Jabeur is a Tunisian professional tennis player having a career-high ranking of World No.7 by the Women’s Tennis Association, achieved on 1 November 2021. She is the highest-ranked Arab tennis player in ATP or WTA rankings history and is also the current No.1 African Player. The 27-year-old had a stunning 2021, making history as she became the first Arab woman to win a WTA title after her win at the Birmingham Classic.

She also reached the quarter-finals of Wimbledon. After the withdrawal of Emma Raducanu from the 2021 Mubadala World Tennis Championship, Jabeur was given her place and won the tournament, defeating Belinda Bencic, 4–6, 6–3, [10–8] in the final.

Petra Kvitova meanwhile is a 2 time Grand Slam champion and has amassed 28 career titles in her long career, the detailed list of which is given down below. She stands at the 7th position in the list of the highest prize earnings of any female player of all time. The former World No.2 struggled with her form for the most of 2021. Despite that, a late-season resurgence led her to finish inside the top 20 in the rankings for the first time since 2016.

Jabeur vs Kvitova: Head to Head

The pair have faced each other thrice so far, with Kvitova having a perfect 3-0 head-to-head record. The two-time Wimbledon champion won their most recent encounter, 6-1, 6-2 at the Cincinnati Open last year.

This match promises to be a very tight call, with both the players supremely talented. However, considering current form, this would be a good opportunity for Jabeur to score her first victory over the struggling Czech, who narrowly avoided defeat in the first round.

READ NEXT: Garbine Muguruza does not see any point in not getting vaccinated; says Novak Djokovic show is not positive for tennis 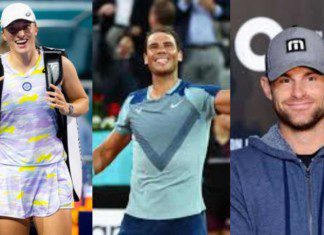