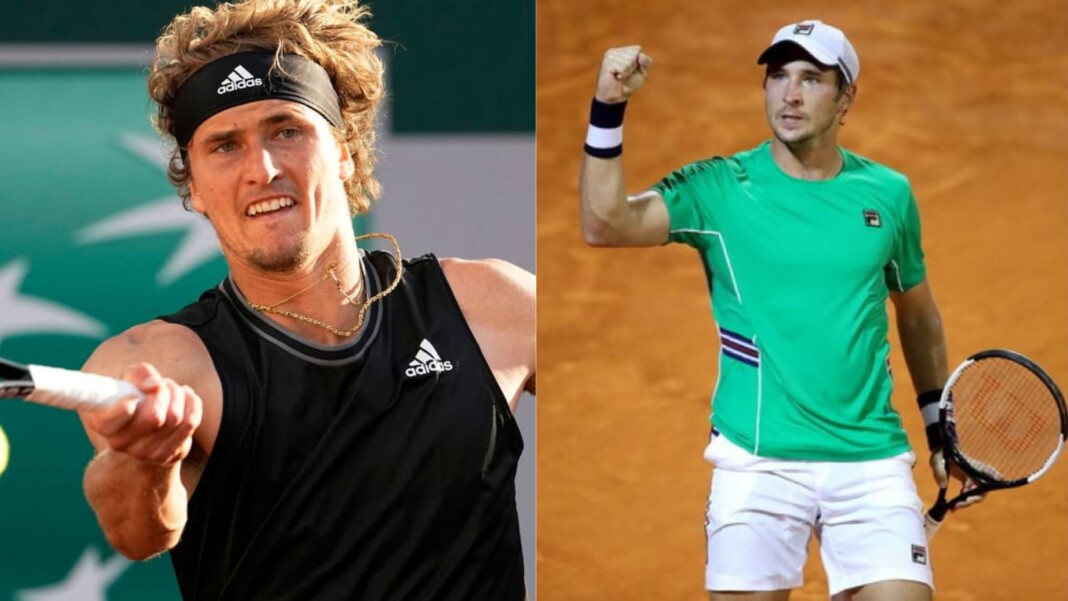 The second round match of the Rolex Paris Masters 2021 taking place in France, will witness a clash between Alexander Zverev and Dusan Lajovic.

Alexander Zverev is currently ranked no. 4 in the world. He has a career high ranking of no. 3, and has constantly appeared in the top 10 list since July, 2017. He has won 18 singles titles, including 5 ATP 1000 titles and one ATP finals title.

The German also won the singles gold medal in the Tokyo Olympics. He reached the US Open finals in 2020, losing to Dominic Thiem. He is currently coached by his father, Alexander Zverev Sr.

His only title came at the Croatia Open in 2019. At present, he is coached by Jose Perlas.

The second-round bout will be the fourth meeting of Alexander Zverev and Dusan Lajovic. Zverev has emerged victorious in all of their prior meetings, keeping the head-to-head at 3-0.

Alexander Zverev enters the Paris Masters fresh from his victory at the Vienna Open. He defeated Francis Tiafoe in straight sets, winning his fifth title of the year.

Dusan Lajovic too made his last appearance at the recently concluded Vienna Open. He lost to the eventual runner-up Tiafoe in the first round. His win-loss record for 2021 stands at 17-26.

On hard courts, he has 8-10 record. On indoor hard courts, Lajovic has won three matches this year, while losing five.

Zverev has maintained good form, and has had an incredible professional year; while Lajovic’s year has been mediocre at best.

Alexander Zverev Vs Dusan Lajovic: Where to watch

“Stefanos Tsitsipas would do anything to play tennis, I can’t do that,” says Nick Kyrgios