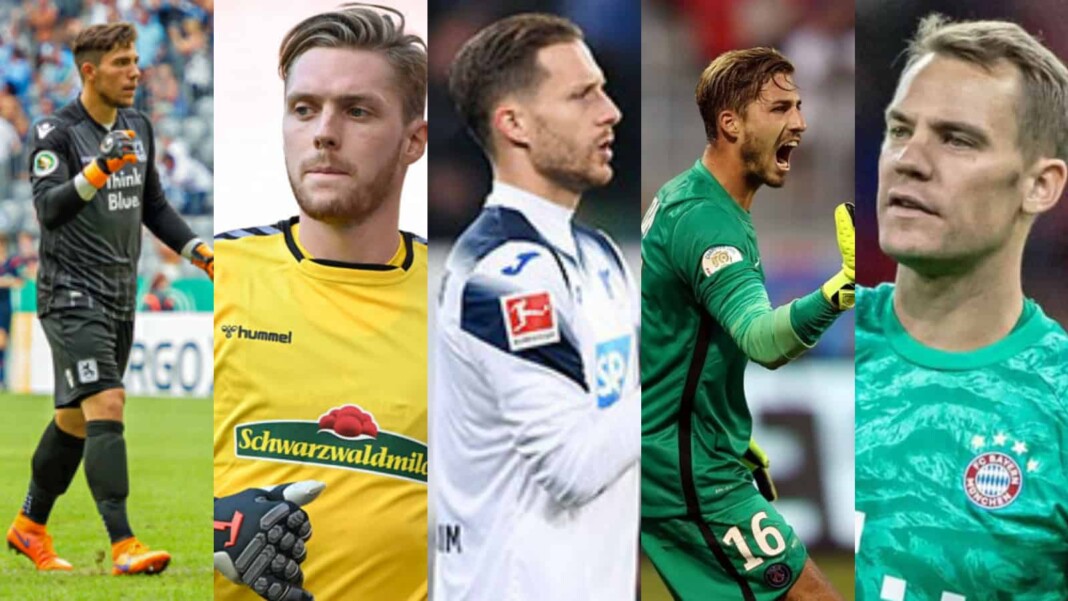 Let’s take a look at the Top 5 goalkeepers in the Bundesliga currently.

The 23-year-old German keeper started his football career quite early and was part of the German youth team and was scouted to play for Stuttgart and then to the Mainz squad from 2016-2021. He was quick and made some crucial saves which earned him a spot at the Bundesliga. In October last year, he was called to play for FC Freiberg, since then he has been the first choice keeper for his team and has put up many performances.

Stefan Ortega has been impressive with his goalkeeping this season. The 28-year old German was part of the youth squad in 2010 and was soon called to the senior team and was part of the Germany Euro 2020 squad. Stefan is now part of Arminia Bielefeld’s squad. He has played all 34 games of this season as a goalkeeper and has played a great role in leading his team through the season.

The 31-year old keeper is part of Eintracht Frankfurt and the Germany national team. He has played in the U-21 German squad and made his senior debut in 2011. He was part of their squad that won the 2017 FIFA Confederations Cup and also played at the 2018 FIFA World Cup. Throughout his career, he played for several teams like Eintracht Frankfurt, FC Kaiserslautern and PSG. Out of his 33 appearances this season, he has 8 clean sheets to his name.

The legendary German keeper has been consistent with his good form this season. Neuer has been a powerhouse in front of the goal for Bayern and has constantly been leading his team to the top of the league table. The 35-year-old has made numerous saves and 8 clean sheets and has been the league’s top Keeper for a while. Neuer is the highest-paid player in the Bundesliga and is an inspiration for many.