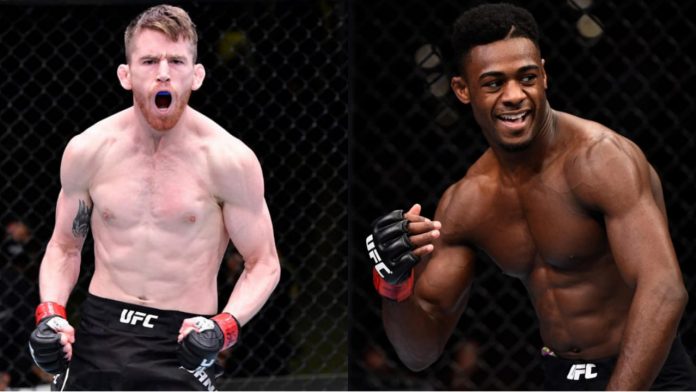 Cory Sandhagen just finished the future hall of Famer Frankie Edgar, he knocked him out in the very first round with a beautiful jumping knee that might just be the knockout of the year.

The fight went down at UFC Vegas 18 at bantamweight, this fight was important as the winner was going to get the next title shot against the winner of Petr Yan vs. Aljamain Sterling.

Sandhagen suffered a submission loss against Sterling at UFC 250 and after that this is his 2nd knockout victory and he is looking to get his revenge as soon as he can, in the post-fight interview he said.

“The next time we fight, I’m going to hurt Aljamain. I want to fight the winner of (Yan vs. Sterling) in July or whenever they want to make it.”

Irrespective of what Sandhagen said, Aljamain Sterling took it to Twitter to appreciate his opponent and he didn’t had anything bad to say about him, he wrote, “Jesus! That was clean as hell! One of the things I really had to be careful of because of Sandhagen height. Two masterful performances back to back.”

MMA community is flipping heads over heel after Sandhagen’s knockout, he rightfully earned his title shot and now we’ll most probably watch him get his title shot after UFC 259.

Also read: ‘I am Paige Mother F*****g Vanzant… I don’t quit when shit get tough’ – Paige VanZant is confident that she can bounce back after defeat to Britain Hart.