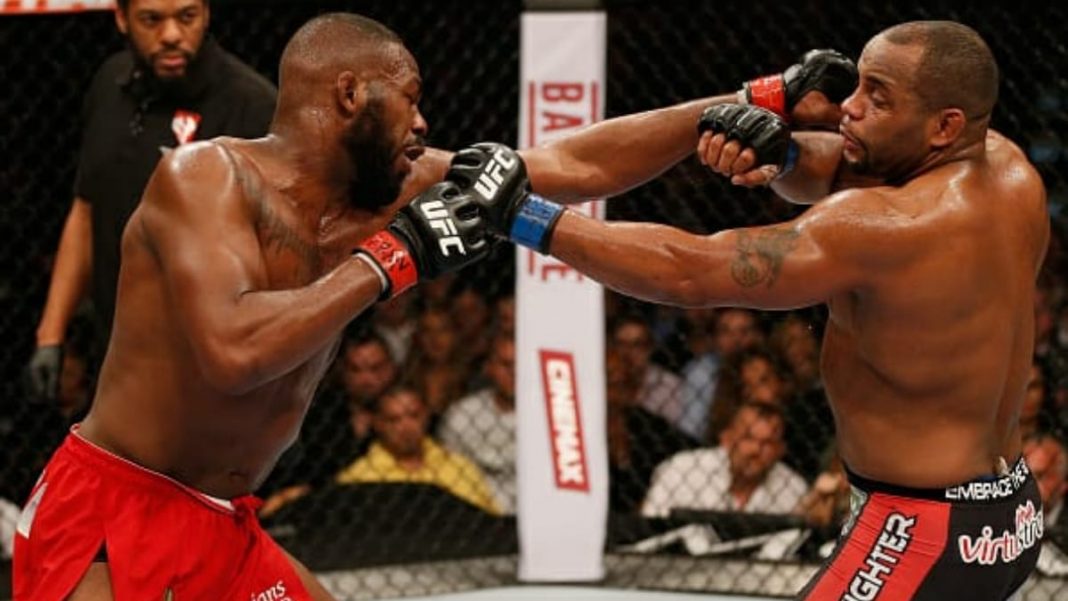 The rivalry between Jon Jones and Daniel Cormier seems to be never-ending. Both of them got engaged in the Twitter battle with each other and Cormier is again beefing about the drug issues Jones had in his carrier and in reply Jones mocked him about losing against him twice and then retiring and running from UFC.

Cormier started the debate again by eliminating Jones from the G.O.A.T debate in which ‘Jonny Bones’ presented himself as the top contender. Cormier eliminated him from the debate because he was found positive for using PED’s during their first match in which Jones defeated Cormier. The result of this fight is turned into no contest later on.

Jonny Bones gave a stiff reply to Cormier. Jones says, “DC you lost your last fight and then quit the sport, Talk about being eliminated from the conversation. People will remember I was accused of steroids, they will also remember that I was proven innocent and able to continue with my career.”

Cormier hasn’t replied to Jones earlier but in his latest show of DC and Helwani. Cormier says, “You know what I don’t get about this guy? I don’t understand how he goes, ‘They proved me innocent.’ They never proved him innocent, They never once said he was innocent, so I don’t get it.”

“I don’t get how he can say that publicly and people can repeat it publicly that he was proven innocent. No, they said the drugs were found in his system, but through excessive cooperation or something – I can’t remember the word – they took his sentence back. It was never innocent.”

“It is what it is, I still can’t stand the guy and retired, not retired, see him publicly, I’ll probably still get into it. It’s just the way it is.”