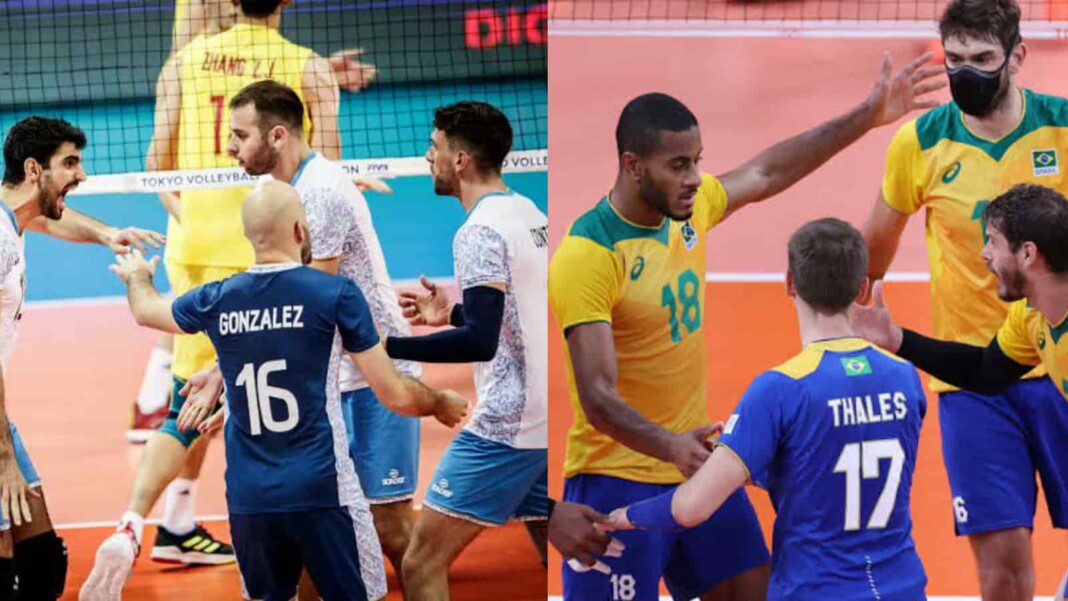 Argentina will be up against 2016 Olympic champions Brazil in the bronze medal match of the men’s volleyball at the Tokyo Olympics 2020. Argentina is aiming for its second bronze in the men’s volleyball at the Summer Games and the first since 1988, while Brazil will look to finish on the podium after they failed to defend their gold that they won five years ago in Rio.

Argentina stunned Italy to win 3-2 in the quarterfinals and made it to the last-four stage, looking promising. However, it seemed as if they lost all their energy in the quarters as France annihilated the Argentines in straight sets 3-0 (25-22, 25-19, 25-22). Argentina has never won a medal at the Olympics in the past 33 years and it will be their last chance to achieve it against Brazil.

Brazil, on the other hand, will be mightily disappointed for losing the semifinal against the Russian Olympic Committee after pocketing the opening set. But taking nothing away from ROC, they played extremely well and as a result, floored the defending Olympic champions 3-1 (18-25, 25-21, 26-24, 25-23). It’s interesting to note that it was ROC’s second win over Brazil in Tokyo after the former defeated them in the preliminary stage as well.

Argentina will play against Brazil in the bronze medal match of the men’s volleyball on 7th August, 2021 in the Ariake Arena situated in Tokyo.

Brazil have not lost to any other team except ROC (twice) in Tokyo and they deserved to be in the final. While, Argentina have already performed.beyond the expectation and despite crushing loss in the semis are high on confidence. Having said that, Brazil still enters the match as favourites and should pocket this match as well as the bronze medal. So final prediction is Brazil defeats Argentina 3-1.